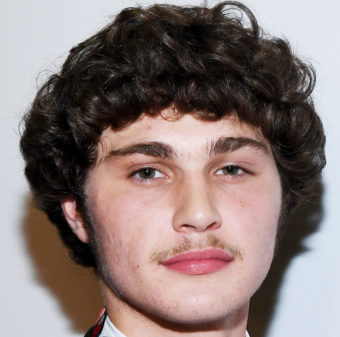 Have you noticed Richie Merritt, the actor who played White Boy Rick in Euphoria’s second season? Fans were certain! The return of some familiar cast members including Zendaya, Sydney Sweeney, and Alexa Demie as well as some new faces occurred during Euphoria’s season 2 premiere. Fans are eager to learn more about the show’s newest characters.

Richie Merritt, who many have recognized for his 2017 part in White Boy Rick, is one of the fresh faces. We look at Richie’s role in the new Euphoria season as well as other parts in this piece.

The character of Bruce Jr, an associate of drug dealer Laurie, is introduced to the audience by actor Richie Merritt in Euphoria. Some people, on the other hand, may already be familiar with Merritt because to his major role in 2018 film White Boy Rick, where he starred alongside Matthew McConaughey.

Merritt was a high-school student with no prior acting experience before being cast in the film. The role has inspired him to pursue numerous other acting opportunities, including Euphoria.

In December, actor Merritt gushed about his role in the series’ second season on Instagram. Merritt glowed with delight when he saw a sneak peek of his episode: “Blessed to have worked with such an amazing cast!”

If you watched Euphoria’s first episode, you probably recognized Richie Merritt. Many fans have already taken to social media to point out the White Boy Rick actor.

Many people have pointed out a mistake at the end of the video, which gives me optimism.

What else has Richie Merritt been in?

Richie Merritt has a number of upcoming projects in the works. Euphoria isn’t his only movie this month, as Clean, an thriller co-starring Adrien Brody and set to be released on January 28, is his second release.

Merritt was already cast in Lola James, an independent drama announced in April 2017. However, a release date has yet to be determined.

Why is Elmo trending and what’s his beef with Rocco the rock?