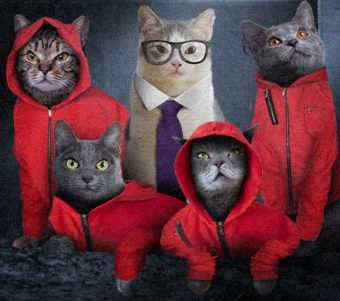 You might be curious if you have seen reports of Catflix, an online version of Netflix that is cat-based, circulated online. Let’s find out what we know so far about the streaming service.

Catflix, a website that offers videos for cats, is described as “Netflix For Cats”. Its name is a combination of Netflix and cat.

Champion Cat, a cat food company, created Catflix. To increase awareness about cat welfare, they did this.

It features Catflix as the homepage on the Champion Cat Website. It says: “Humans and cats love series. You will find the top premieres of feline actors here.

You can watch Catflix by visiting their website. Catflix is currently available in Spanish because Champion Cat is a Chilean company.

Catflix will allow you to watch your favorite TV and film shows with a feline cast. You will find notable titles like Titanicat and Breaking Cat as well as Cat Wars, Cat Bill and Catformers.

There were some hilarious reactions to Catflix’s discovery on social media.

Many are willing to binge-watch their favorite Netflix shows, but this time with a cast of all-feline characters. One tweet stated “ab to see the entire bojack horsesman series on catflix brb.”

What is Lego piece 26047? Explained in detail