What Is Til Valhalla: Meaning Explored 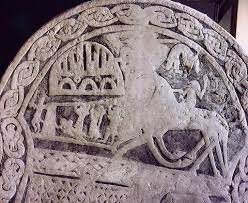 Valhalla is a famous hall in Asgard, which appears in the Marvel Cinematic Universe. Valhalla is a mythical hall in Asgard that plays an important part in Thor’s narrative, being as it is a legendary place there. The United States Marine Corps has given Valhalla increased importance.

Tributes were paid to those who died in service following the death of eleven Marines in Afghanistan, including Lance Cpl. Ryan Jimenez, 22, of California, killed on August 26th at Hamid Karzai International Airport, according to reports. The phrase “till’ Valhalla” has been used. Let’s look at the significance and meaning of this word in the context of the Marine Corps. What Is Til Valhalla: Meaning Explored.

Valhalla is named after the Norse term Valhöll, which translates to “hall of slain warriors.” The god Odin determines the fate of those who perish in battle in Norse mythology. Valhalla is where half of those who die go, while the other half are sent to goddess Freyja’s field Fólkvangr.

The Valkyries – Thor: Ragnarok fans will recognize them – lead people who have died in battle to Valhalla. Valhalla is sometimes known as the burial place for outstanding combat heroes and prominent figures alike, since they fight every day and dine every night, preparing for Ragnarok when they will be called to help Odin.

Til Valhalla’s Meaning In The Marines

‘Til Valhalla is a shortened version of until Valhalla. It’s been used among soldiers to declare, “until we meet again in Valhalla.” As the Til Valhalla Project – a veteran-led organization – emphasizes: “Because no matter who or what you believe in — Until Valhalla is an expression of highest regard and tells our fallen that we will see them again…and we will.” Tributes to members of the US Marine Corps who have recently died in Afghanistan read, “Semper Fi… till Valhalla.”

And What About The History?

Valhalla has somewhat of a murky history, and it’s difficult to pinpoint when it started being used in military jargon. According to one theory, the phrase “Til Valhalla” was popularized in the United States Marine Corps in Afghanistan. They propose that it was the Norwegian Telemark Battalion, a professional military unit that assisted NATO allies, who first popularized the saying.

“Til Valhall!” was allegedly their unofficial battle cry. The term may come from a variety of origins, but its meaning is generally understood across the world. It is used to honor people who have sacrificed their lives in battle.

Read Also: When Does The Johnny Depp Trial End?