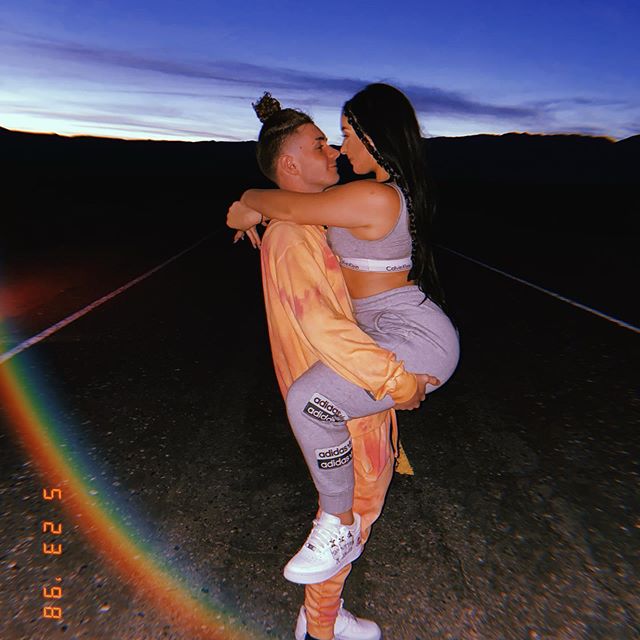 Danielle Cohn and her boyfriend Cohn and Mikey Tua are in on-again-off-again relationship with two years. In May 2020, the couple again recoiled and came a lot of drama, especially considering the controversial age difference between Danielle and Mikey. The pair has been in a relationship since June 2018. However, Danielle Instagram star was previously engaged with Sebastian Topete but they later split up. Currently, she is enjoying her relationship with Mikey at the fullest.

In April 2019, Danielle posted a series of videos where she and Mikey went to Vegas and apparently got married. The ceremony wasn’t legal at all, Danielle’s mother told Buzzfeed News, and was simply “clickbait.” Later, Danielle continued the narrative, tricking the internet into believing she might be pregnant. One tweet from Mikey, that has now been deleted, said “Expecting 08/14/19 #manibaby.” He also uploaded a video to his YouTube channel titled “We Are Expecting…” Danielle tweeted the “due date” herself and also uploaded a picture to Instagram of Tua kissing her stomach, which has also now been removed. It was later revealed to be a prank.

Danielle Cohn was born on 7th March 2004 in Florida, USA. She is a Social Media Star, TikToker and Model who is best known as an Instagram sensation. She acquired the title ‘Miss Florida Jr. Preteen Queen’ in 2014. She stands on a height of around 4 feet 11 inches. When she was of eleven years old, she got fame after she won Miss Florida Junior Preteen Queen Competition in 2014! The title helped her to gather million of fans to her Twitter, Instagram, Youtube, and TikTok accounts. Danielle is continously on the top 10 of the leaderboard on TikTok and she’s averagely been viewed more than 3 million times per day! She is a good friend with Loren Gray.

In May 2020, the couple recoiled after their on and off break ups and patch ups and came a lot of drama, especially considering the controversial age difference between Danielle and Mikey. Danielle’s age has been a mystery for awhile now. While she used to claim she was 15, back in September her father made a Facebook post saying Danielle was actually 13, which would made her 14 now as she celebrated a birthday in March. Danielle just made a TikTok letting everyone know she doesn’t care what they think about her and her boyfriend’s ages. On September 16, 2019, Danielle’s father, Dustin Cohn, has posted a lengthy statement with his thoughts on his daughter’s social media presence and stated that she is only 13 years old, despite Danielle herself stated that she was 15

“I have decided to set things straight about my daughter Danielle Cohn,” he wrote. “For years I have done the diplomatic thing while dealing with my daughter being online in a way I didn’t approve of and trying to have it handled out of social media because I figured the system would work and keep my daughter safe.”