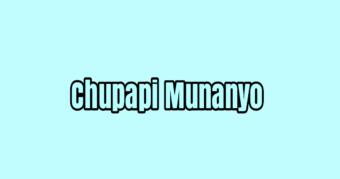 Here’s what Chupapi Munyayo/Muñañyo means and where it originally started on TikTok. Social media has always been a space where invented words and phrases could alter the entire scenario and be viral within just a few seconds. Do you remember the Twitter time where Sco Pa Tu Manaa and Bomboclaat were everywhere on the newsfeed? Perhaps more recently, Cheugy became a trend on TikTok?

A new term is that is gaining popularity in TikTok: Chupapi Munanyo.

The phrase is quite common in prank videos , where people sneak up behind stranger and utters it loudly to their ear. What exactly does it mean? What is the source of this idea? And who was the one who started it?

It’s an Urban Dictionary definition from January 2021 which states that it translates into “suck my dick papa, oh! come on!”. The definition dissects the terms within the expression, and states that “chupa” is the Spanish word meaning “to suck a dick’ as well as ‘papi’ meaning papa or dad and’munyayo’ is believed to mean “come on”.

There’s also plenty of debate about whether this is actually the case. KnowYourMeme says that ‘Munyayo as well as the word ‘Munanyo “don’t appear to have any direct translations from Spanish or any other language, suggesting it is gibberish”.

The person who is believed to be the person who invented the word @jaykindafunny8 even shared an instructional video of the correct spelling in which he basically mixed two words on TikTok to create the word’munanyo’.

The first known instance of the phrase on TikTok was in July of 2020. TikToker @jaykindafunny8 uploaded a clip of him going through a drive-thru and ordering an ice cream , and smashing it onto his forehead before driving off. In one of these videos the guy says “munanyo”.

A couple of years later, he shared the prank on TikTok that he snucks behind strangers on the streets and scares them with shouts of “munanyo” and then repeating the entire phrase whenever they come back to inquire what’s up.

The complete TikTok profile is full of videos from the identical fake.

Jay currently has more than 16 million fans on the app and his #munanyo-related videos have millions of views each when he uploads them. The hashtag #munanyo has been able to generate more than 3.7 billion views by the end of May 2021. However, most of those views are Jay’s YouTube videos.