Is Netflix’s Series, ‘The Watcher’ Based On A True Story? 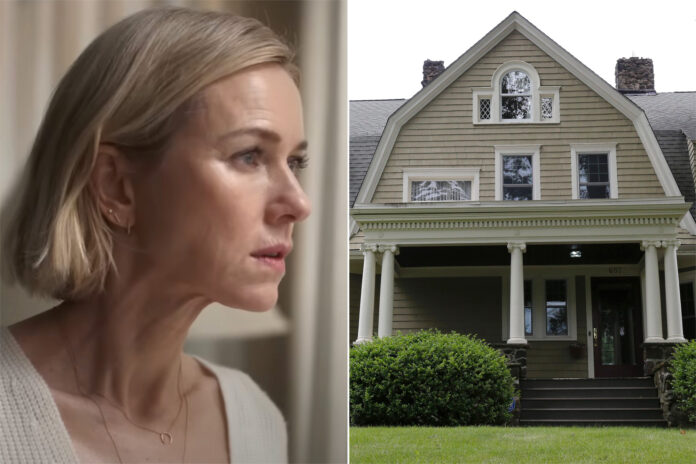 The Watcher are based on the real life couple Derek and Maria Broaddus. Three days after the couple closed on their Westfield, New Jersey home in June 2014, they received their first letter from a person known as “The Watcher.”

As of now, the real-life Watcher house is located at 657 Boulevard in Westfield, New Jersey. The house in the series shares the same address. The neighborhood and homes filmed for the series are in New York. Find out, Is Netflix’s Series, Watcher a True Story?

Is The Watcher A True Story?

The Watcher is based on the true story published in the 2018 New York Magazine article “The Haunting of a Dream House,” by Reeves Wiedeman. The Broadduses purchase their dream home in June 2014, not far from where Maria grew up. Shortly after closing, they begin receiving anonymous letters from the Watcher detailing how he’s been watching them and knows everything about them.

The first letter the Broaddus family received was friendly, welcoming them to the neighborhood. However, subsequent letters were increasingly hostile and started to focus on their three young children. Feeling unsafe, they employed local law enforcement to help discover who was sending these threatening letters.

It is located in 657 Boulevard in Westfield, New Jersey. Moreover, the home was put up for sale in February 2015 — eight months after the Broadduses purchased 657 Boulevard. The Broadduses found a tenant to rent the house (and recoup some of the investment) and sold the house in July 2019 for $500,000 less than they paid for it five years earlier.

Read Also: When Is ‘Heartbreak High’ Coming On Netflix In 2022?

More About The Watcher

Naomi Watts, Bobby Cannavale and the rest of the cast of The Watcher hit the red carpet at the Paris Theater in New York City Wednesday night to celebrate the series’ launch on Netflix.

The Watcher is a movie that was created by Ryan Murphy and Ian Brennan. It is based on the 2018 New York article “The Haunting of a Dream House” by Reeves Wiedeman.

Watts and Cannavale play Nora and Dean Brannock. The family moves into their new home, but they quickly realize that it is not what it seems. Letters from someone calling themselves “The Watcher” begin to arrive, and the neighborhood’s dark secrets start to come out.

Read Also: Who Is Stanley Sugerman From Drama Film ‘Hustle’?