Who Is Behind The Smiley Sun Baby: What We Know 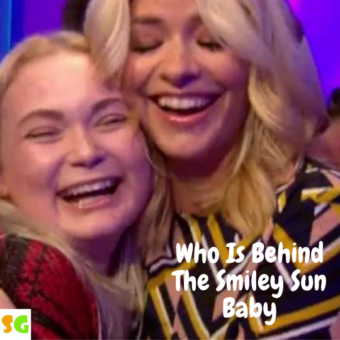 The smiley Sun Baby was one of the most prominent Teletubbies characters. Teletubbies was a 90s favorite television show. Tinky Winky, Dipsy, Laa-Laa, and Po have all appeared on our screens at various times, whether you wanted them to or not. The only apparent human on the program was a 9-month-old girl known as Jessica Smith. She has now grown up, and a photo of how she looked in the recent past has resurfaced. Do you feel ancient? Who Is Behind The Smiley Sun Baby: What We Know.

Who Is Behind The Smiley Sun Baby?

The Sun reported that Smith was born in 1995 in Chatham, England. When she was just 19 years old, she revealed to the British newspaper that she was behind the character. Only her family and friends from university were aware of her secret Teletubbies appearances before then.

The actual identity of the Sun baby was revealed in 2019 by Teletubbies’ Twitter account, which featured Jess holding the baby who took her place.

The actress wrote a letter to the public on Instagram last November 2021, revealing herself as being “the real Teletubbies Baby Sun” after some people had been impersonating her.

Jessica’s mother took her for a “normal check-up at the local hospital” according to the post. As a film crew was hunting for a happy baby, the midwife chose her and it was all downhill from there.

Fans Feel ‘OLD’ As They Learn Her Identity

As word spread that the Teletubbies newborn’s location was known, devotees felt “old” since the infant had already developed so much. TikToker recently made everyone feel old again, despite the fact that the world has been reacting to the information since 2014.

It appears that, after so many years, people are still unwilling to accept that the Sunshine baby in the Teletubbies has matured so much. After all, it’s been more than 20 years since then.

Where Is Jessica Smith Now?

Jessica has not revealed much about herself, other than that she is currently around the age of 25 or 26. She resides with her boyfriend Ricky, whom she moved in with in December 2021, according to what she has posted on Instagram.

The new series is expected to premiere on BBC One in the United Kingdom on August 28, 2021. In addition to that, she was a guest judge for The Big Fat Quiz in early 2021, hosted by Jimmy Carr with Oti Mabuse, Rob Brydon, Katherine Ryan, Nish Kumar, Roisin Conaty, and Rob Beckett. It’s also her most recent television appearance since her 2017 chat with Lorraine.