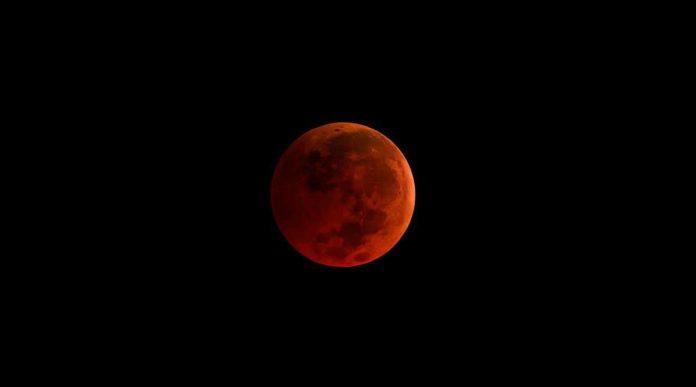 The blood-red moon will be seen on May 15, but when does the eclipse begin tonight? This year’s first lunar eclipse has arrived, and people can rejoice by watching it. On the basis of how the moon would appear to individuals, the unusual event has been given the moniker “Blue Blood Moon.”

The term “blood moon” refers to the phenomenon of the moon appearing red as it glides across the Earth’s interior during a lunar eclipse. When the moon is at its closest point to the Earth and begins reflecting a lighter hue, it is referred to as a “supermoon lunar eclipse.” What Time Does The Eclipse Start Tonight: Here’s What We Know.

The event will begin on May 15 at 10:28 p.m. EDT, according to Space. The best time for people to view the blood moon is at 12:11 a.m. EDT, when it reaches its peak. On May 16, at 1:55 a.m., the eclipse will come to an end in the United States and Canada. Keep your balconies ready or pick a location where you can freely view this phenomenon; you’ll have a few hours to do so.

Read Also: Why Joel Embiid Is Wearing A Mask?

Can You Watch This Online: How & When

If you’re having trouble finding the moon, tune in to these events as they happen. Fortunately for you, there are a few options available. You may watch the live broadcast on NASA Science Live if you want to see what’s going on in real time.

On May 15th, a few minutes before the start of the eclipse at 9:32 p.m., live streaming would begin with discussions about it. This enables viewers to discover more about the event before seeing it. On Slooh, you can watch the entire event beginning at 9:30 p.m. on May 15th EDT. Meanwhile, Time and Date will begin a bit later, that is, at 10 p.m..

Two lunar eclipses will occur this year. The first occurs tonight, May 15, while the second happens on November 8, 2022. The next lunar eclipse will be visible from Asia, Australia, North America, and parts of northern and eastern Europe at the same time. It will also be observed in the Arctic and most of South America at the same time.