The Crown Season 5: Release Date, Plot, Cast, Trailer and everything we know 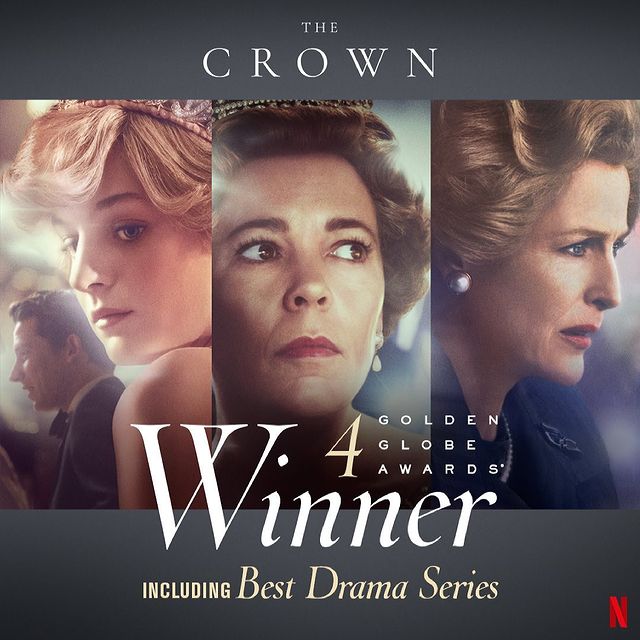 The Crown Season 5 was devoured by royal fans in November 2020. They were eager to see the next chapter. The show’s last two seasons will be fittingly a send-off, thanks to Oscar-nominated actors playing the roles of Queen Elizabeth, Prince Philip, and Princess Margaret.

We have listed everything we know so far about season 5 of The Crown. This includes how Imelda Staunton prepares to play the Queen and why it won’t premiere until 2022.

Although no official release date has been set for the fifth season. According to sources, the reports says that the Crown Season 5 will premiere in 2022.

When will production begin?

The Crown will begin filming in London in July 2021, which means it is underway. Moreover, on July 30, 2021, The Crown revealed the first look of Staunton as Queen Elizabeth.

How many seasons will there be in total?

In November 2016, Ted Sarandos, Netflix’s content chief, confirmed that Morgan had originally pitched six seasons. According to The Hollywood Reporter, Sarandos stated that the idea was to make the show in six decades and then have it run for eight to ten years.

Deadline reported in January 2020 that the show would end its fifth season. Morgan stated that while I initially imagined The Crown running six seasons, it was clear that now that the storywriting has begun for season 5, it is clear to me that this would be the right time to end. I’m grateful for the support of Sony and Netflix in this decision.

This decision was reversed however in July. Deadline reported that Morgan confirmed that the show would be returning for a sixth series. Morgan said, “As we began to discuss the storylines of Series 5, it quickly became apparent that we should return to the original plan and do six episodes to give justice to the richness & complexity of the story.” To be clear, Series 6 won’t bring us closer to the present-day; it will just allow us to cover the same period more detail.

In early 2020, Prince Harry and Meghan Markle sent ripples through the monarchy when they announced they would step down from their senior royal roles.

Who will take over the role of Queen Elizabeth II?

Imelda Staunton will play Queen Elizabeth II. Netflix also tweeted a statement from Staunton about her casting: “I have loved watching The Crown from the very start. As an actor it was a joy to see how both Claire Foy and Olivia Colman brought something special and unique to Peter Morgan’s scripts. I am genuinely honored to be joining such an exceptional creative team and to be taking The Crown to its conclusion.”

Who will portray Princess Margaret?

According to sources, Netflix announced in July 2020 that Lesley Manville will take on the role previously played by Helena Bonham Carter and Vanessa Kirby.

“I could not be happier to be playing Princess Margaret,” the actress said in a statement, shared to the show’s official Twitter. “The baton is being passed on from two formidable actresses and I really don’t want to let the side down. Furthermore, to play siblings with my dear friend Imelda Staunton will be nothing short of a complete joy.”

For seasons 5 and 6, Jonathan Pryce will play Prince Philip. He is the Oscar-nominated actor from The Two Popes, and The Wife. He replaces Tobias Menzies (seasons 3, 4, and 4) as well as Matt Smith (seasons 1, and 2).

The season 5 cast will likely include new actors for Camilla Bowles and Prime Minster Tony Blair. As casting confirmations begin to roll in, remember that former cast members may make cameos; Foy appeared briefly in season 4 as Winston Churchill. Pip Torrens’ Tommy Lascelles also made an appearance in season 3.

There is no word on the exact content of The Crown’s fifth season. Season 4 ended in 1990, the year Thatcher was “ousted” from her Prime Minister position.

It is not known how modern the monarchy will become, but Deadline reports that season 6 will conclude in the “early 2000s.”

While we speculate about The Crown’s future, it is important to remember that many significant events took place within and outside palace walls during the 30-year period 1990-2020. There have been six prime minsters: Major Blair, Gordon Brown and David Cameron. Theresa May was also a prime minister. The ’90s saw three major divorces: Princess Anne and Mark Phillips’ 1992 separation and the 1996 split between Prince Charles, Princess Diana, and Prince Andrew and Sarah Ferguson. In 1997, Princess Diana was killed in a Paris car accident. Both Princess Margaret and Queen Mother were killed in a car accident in Paris in 1997. After 50 years of rule, Queen Elizabeth celebrated her Golden Jubilee later that year.

Morgan wrote some of these scenes into the 2006 film The Queen.