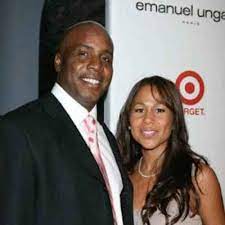 Susann Margreth Branco is best known as the ex and first wife of Barry Bonds, who recognized as an all-around player, Bonds received a record seven NL MVP awards and 12 Silver Slugger awards, along with 14 All-Star selections. He holds many MLB hitting records, including most career home runs (762), most home runs in a single season (73, set in 2001), and most career walks.

Who Is Susann Margreth Branco?

Bonds met Susann Margreth Branco, the mother of his first two children named, Nikolai and Shikari, in Montreal, Quebec, in August 1987. They eloped to Las Vegas February 5, 1988. The couple separated in June 1994, divorced in December 1994, and had their marriage annulled in 1997 by the Catholic Church.

The divorce between Bonds and his wife garnered media attention because she had signed a prenuptial agreement in which she waived her right to any future earnings from him. The agreement was upheld in court, and at the time of the ruling, he was paying her $20,000/month in child support and $10,000/month in spousal support.

After months of hearings and mudslinging, both parties were awarded houses and reduced support in the final decision. On August 21, 2000, the Supreme Court of California, in an opinion signed by Chief Justice Ronald M. George, unanimously held that “substantial evidence supports the determination of the trial court that the agreement in the present case was entered into voluntarily.”

After the decision, there were significant changes to California law related to premarital agreements.

In 2010, Bonds’s son Nikolai, who served as a Giants batboy during his father’s years playing in San Francisco and always sat next to his dad in the dugout during games, was charged with five misdemeanors resulting from a confrontation with his mother, Sun Bonds, who was granted a restraining order against Nikolai.