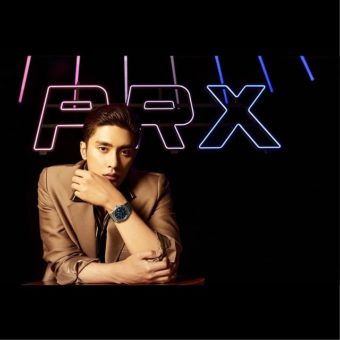 Sung Hoon is a South Korean actor who rocketed to fame in 2011 starring in his breakout role Ah Da Moo in the series New Tales of Gisaeng. He eventually gained further renown in the popular show Noble, My Love and the 2016 series Five Children. He stars in the TV Chosun series Love (ft. Marriage & Divorce), which premiered in early 2021.

Sung Hoon was a swimming champion in his University and specialised in butterfly stroke. He swam for 14 years but had to quit because of a spinal injury. Tune in bio and explore more about Sung Hoon’s Wiki, Bio, Age, Height, Weight, Wife, Net Worth, Family, Career and many more Facts about him.

How tall is Sung Hoon? He stands tall with a height of 5 feet and 8 inches and weighs about 73 kilos. He is a fitness freak as well. He has blonde hair and has light brown eyes.

On February 12, the YouTube channel “Reporter Eun’s LIT NEWS” posted an interview with Sung Hoon in which he talked about his hit MBC reality show “Home Alone” (“I Live Alone”). In the video, the interviewer brought up the fact that Sung Hoon had received a lot of attention for thoughtfully holding the train of co-star Park Na Rae‘s dress at the 2019 MBC Entertainment Awards last December.

The interviewer noted, “There was even talk about the two of you being a couple,” and Sung Hoon dismissively replied, “That’d be unlikely.”

Sung Hoon went on, “I firmly believe in not going public with my relationships, but if I end up getting caught dating somewhere, without my planning it, and I have to talk about it personally—then I’ll talk about it here, on [this YouTube channel].”

The interviewer then asked if he was dating someone at the moment, to which he replied with a laugh, “No comment.”

After Sung Hoon’s response led to a flurry of speculation that he was in a relationship, his agency has now clarified that the actor is not, in fact, dating anyone.

On February 14, a spokesperson for Sung Hoon told Korean news outlet OSEN, “Sung Hoon does not currently have a girlfriend, and he actually thinks that it would be nice if he met someone now.”

The spokesperson went on to clarify, “His responding ‘No comment’ to the question about dating was meant as a joke.”

Sung Hoon’s agency added that the actor is currently in the midst of choosing between dramas for the second half of 2020.

In 2013, Sung starred as the lead role in the weekend drama, Passionate Love.

In 2014, Sung starred in the web drama 6 Persons Room, where he played successful businessman who suffers an injury and finds himself in a hospital surrounded by strange patients.

Sung Hoon appeared in several episodes of the reality show Our Neighborhood Arts and Physical Education, in 2015.

His performance in this drama earned him a SBS Acting award for the Best New Actor in 2011.

In 2012, he was cast in his first Chinese drama, The Bodyguard.

The same year, he featured in historical drama Faith, playing an antagonist role.

Later that year, he was cast in the daily drama, The Birth of a Family.