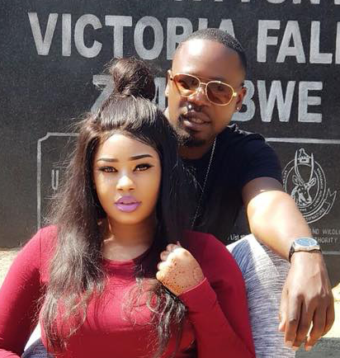 The abuse against women isn’t stopping. One of the most disgraceful things about such acts is that some well-known people are involved, tarnishing their reputation as a result. Desmond Chideme, better known by his stage name “Stunner,” appeared in Court on Tuesday, April 12th, 2022 charged with physical abuse following his wife’s allegation that he assaulted her while attempting to get access to her phone.

Since this assault became public, the singer has been subjecting to backlash, and now the court appearance. Continue reading to find out what happened in court today. Stunner Beats’s Wife: Wiki, Bio, Age, Height, Weight, Facts.

Stunner, a musician, was in court on charges of domestic abuse after an argument sparked by a phone during a performance at the Harare International Conference Centre on Saturday night.

When he appears before the Harare magistrate, Stunner pleaded not guilty through his attorney Mr. Dumisani Mthombeni. The stunning was accused of physically hurting his spouse Dyonne Tafireyika.

The 47-year-old musician was remanded to May 11 for a trial in Harare’s Magistrate Evelyn Mashavakure was charged with attacking Dyonne, 23, at an event. It is claimed that on Sunday, April 10th, 2022, around 2:00 am, the pair was at HICC where Stunner was performing alongside other musicians at a music concert known as “Dope Party.”

The two were booked for a hotel stay. Dyonne is said to have gone to the bathroom where Stunner followed and dragged her out forcefully.

The court was told that the rapper and other musicians abducted Dyonne, where he began demanding her phone. It is claimed that Dyonne refused to surrender her phone and hit it. The entertainer is said to have started pummeling his wife Tafirenyika. After Tafirenyika informed cops she had suffered a bloody nose and fingernails as a result of Stunner’s beating,

However, no medical record was submitted in court, and after she refused care following the assault at the Rainbow Towers hotel around 2:00 a.m. last Sunday, according to reports. According to the National Prosecuting Authority, Stunner was performing at the hotel when he assaulted the dupe. Stunner departed court alone from his wife, wearing a black hoodie over his head.