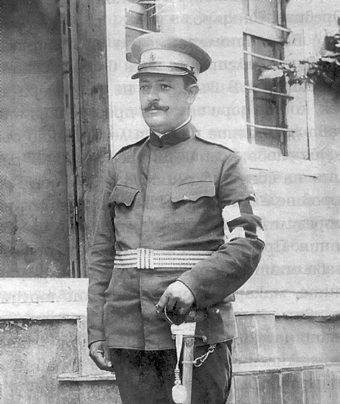 Stamen Grigorov was a prominent Bulgarian physician and microbiologist who made notable contributions to the study of bacteria. He discovered the Lactobacillus bulgaricus microbe, which is used in yogurt production.

Stamen Grigorov was born in the village of Studen Izvor, Tran Municipality, Pernik Province, Bulgaria. He obtained his high school diploma in natural science in Montpellier, France and medical science in Geneva, Switzerland.

Who Was Stamen Grigorov?

In 1905, Grigorov made the discovery for which he is best known while working as a microbiologist for Professor Léon Massol at the University of Geneva’s biological laboratory.

The strain was subsequently named Lactobacillus bulgaricus, in recognition of its role in the traditional medicine.

In the 1950s, Bulgaria’s state-owned yogurt business patented and promoted a particular bacterial combination to produce an “official Bulgarian yoghurt.” This strain is still exported to yogurt companies in several nations.

Aside from the discovery of Lactobacillus bulgaricus, Grigorov was responsible for developing a tuberculosis treatment in 1906, along with Albert Calmette.

This utilized penicillin fungus to cure TB. Grigorov showed that penicillin fungus has a beneficial impact on the treatment of TB through his scientific research in-vitro and -vivo on lab animals and later human patients.

On the day of Grigorov’s death, 27 October 1945, his 67th birthday, a glacier in Brabant Island in the Palmer Archipelago was named after him.

Following that event on 27 October 2020, Stamen received recognition from Google as the company’s Doodle of the Day.