How Old Is Shaun White and Who Is His Girlfriend? 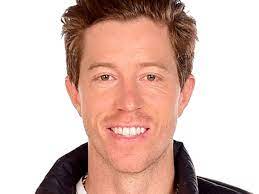 Since his Olympic debut, Shaun White’s name has been on everyone’s lips every four years leading up to the Winter Olympics, as the king of the halfpipe is usually a favorite to win the gold medal. The snowboarder now holds the record for most Olympic gold medals ever won by one individual in his sport, and he also holds another distinction thanks to his age.

Here’s what we know about White so far, as well as how old he is and whether or not he’s compatible with the celebrity he’s dating.

White was born on Sept. 3, 1986, in San Diego, California, to Cathy and Roger. He is the youngest of four children; before he turned one year old, White had to have two open-heart operations due to a congenital heart defect.

The athlete started skiing at a young age, but by the time he was 6 years old, he had switched to snowboarding. He’s amassed more X-Games gold medals than anybody and made his Olympic debut in Turin in 2006. He won his first gold medal in the halfpipe during those Olympics.

By attempting to qualify for the 2022 Olympics in Beijing, White is shattering the record as the oldest American Olympic halfpipe rider, according to NBC Sports. The previous female snowboarder with this distinction was Kelly Clark, who retired from competitive snowboarding in 2017. White is older than any other male halfpipe skier from any nation at an Olympic Games before it.

These days, White is reportedly seeing Nina Dobrev of The Vampire Diaries.

The couple allegedly began dating in April 2020, but they first encountered one another at a gathering in 2019. White stated that he had no idea who she was when they initially got together.

“I actually didn’t know anything about her,” White admitted. He told People magazine that staffers at a restaurant they went to were more excited to meet her than him. He recalled: “The place was packed … And she was like, ‘Let me go see if I can get a table.” White assumed she would drop his name but after they were seated, the server asked Dobrev for a photo.

“I was like, ‘What’s happening? What’s going on?’ It was actually really funny,” he remembered.

Share
Facebook
Twitter
Pinterest
WhatsApp
Previous articleWhen Is All of Us Are Dead season 2 Coming Out: Cast, Plot And Everything You Need To Know
Next articleWho Is Tara Lipinski’s Husband Todd Kapostasy: What We Know So Far