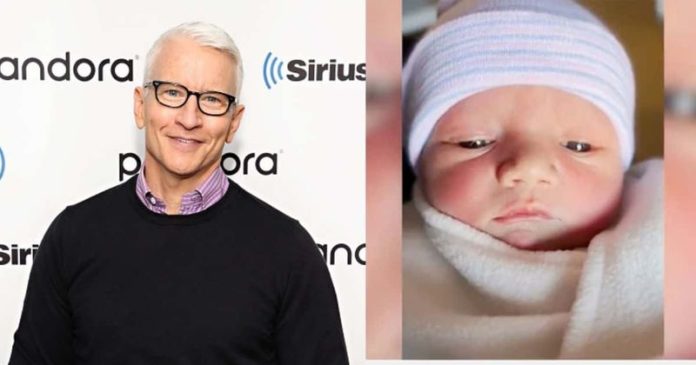 Cooper was all joy when he confirmed on his CNN show the birth of his son Sebastian Luke. The father of two was gleeful as he made the personal announcement that his family is growing.

Sebastian Luke Maisani-Cooper was born on 10 Feb 2022. He holds American nationality and belongs to mixed ethnicity.

Cooper said that his son Sebastian Luke weighed 6.8 pounds at the time of his birth adding that “he was healthy and happy and even his occasional hiccups, are to me, adorable. He mostly just sleeps and eats and certainly poops, but he already seems like a wise and thoughtful little chap.”

“I wanted to start out with some good news, which also happens to be very personal news,” Cooper said. “These are the pictures I showed of Wyatt then, taken just days after he was born. This is Wyatt today. He is nearly 22 months old. He is sweet, funny, and the greatest joy of my life. If he looks particularly happy in this picture, it’s because he now has a baby brother. His name is Sebastian, and I would like you to meet him.”

Cooper is the son of a well-known family dynasty, and his sons will continue the tradition into their adulthood. Despite being the son of socialite and entrenepeur Gloria Vanderbilt, Cooper has no intention of leaving his children with a “pot of gold” as an inheritance.

Cooper’s baby news made everyone eager for the broadcast journalist. It wasn’t long before fans responded to his Instagram post, where he announced the good news and expressed his thanks for all of the kind words.

“Congratulations to you and to big brother Wyatt! Welcome to the world, Sebastian!” a fan replied.

“How absolutely wonderful! All the very best for your whole family!” a follower added.