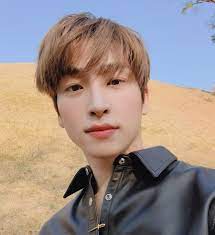 Sangyeon aka Lee Sang Yeon is a Korean famed personality who rose to fame as a vocalist and dancer for the K-pop boy band The Boyz. The group was formed in 2017 by Cre.ker Entertainment. The Boyz starred on their first reality show Flower Snack in 2017. This later resulted in the release of their single “I’m Your Boy.”

It was also revealed he had been a trainee for tree years and one month. Explore more about Sangyeon’s Wiki, Bio, Age, Height, Weight, GF, Net Worth, Family, Career and many more Facts about him.

The Boyz members made cameos in various artists’ music videos before their debut. He previously trained with MBK Entertainment.

How tall is Sangyeon? He stands tall with a height of 5 feet 7 inches and weighs about 59 kilos. He is a fitness freak as well. He has blonde hair and has light brown eyes.

His musical specialties include singing and songwriting. He was born and raised in South Korea.

Some Facts About Sangyeon

Both he and Kim Hyun-Joong gained fame as members of South Korean boy bands.

His English name is Jayden Lee.

His greatest talent is his voice and composition.

He is able to mimic the voices of actors from previous historical epics and films.

Fried rice balls are one of his favorite meals.

He is Catholic and his Christian name is Tobiah.