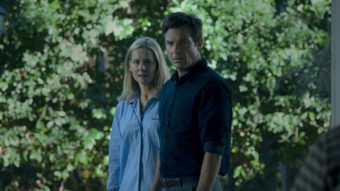 The fourth installment of Netflix’s Ozark series debuted this week. Some fans were perplexed by the meaning of “sangre sobre todo,” the title of the show’s sixth episode, after its debut.

In this part of Ozark’s fourth season, Marty joined forces with a bank robber to try and solve his son’s murder. The new installments debuted on Netflix on Friday (21 January), with many fans having already flocked to the service to see them.

Some fans, on the other hand, seem to be interested in the phrase “sangre sobre todo” as the title of season six episode six.

What is the meaning behind S4 EP 6 title Sangre Sobre Todo?

The episode 6 title, Sangre Sobre Todo, is a Spanish phrase that means “everything above blood.” Because blood represents a family connection, the name may be interpreted as implying that family is more important than anything else.

The word “retirement” appears in the episode during a conversation between Omar, the leader of the Navarro drug cartel, and his nephew Javi. During this scene, Omar informs Javi that he is retiring from his position in the organization by handing over control to him.

While the episode’s title is acknowledged in the program, others have argued that “Blood over everything” may represent how the events from the season’s first part might turn out badly.

This is not the first time that a Spanish phrase has been used as an episode title on Netflix’s Original Series. Season 3, episode 6 of the show featured Su Casa Es Mi Casa, which fans may recall.

The phrase translates as “your house is my house,” which reverses the common expression “mi casa es su casa,” which means “my home is your home.” As a result, the Ozark title would be translated as “your home is my home.”

When the reversed text was deciphered, it seemed to represent the end of series three’s episode, in which a Byrdes family home is assaulted by three SUV’s.