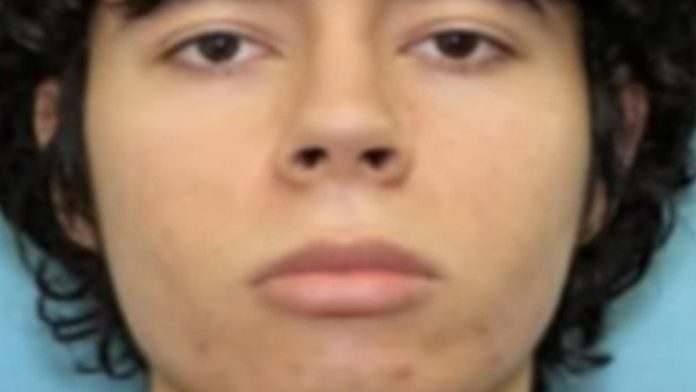 Salvador Ramos, the gunman who killed 19 children and two adults, has been identified. He was shot by cops, according to reports. Ramos is said to have uploaded weapons photos on Instagram a few days ago, as per information. According to a close friend of Salvador Ramos, 18, the gunman was ridiculed for his clothing and because his family was poor. According to him, Ramos began missing school more frequently as a result of bullying, with ‘little by little’ dropping out.’

The friend said, ‘He barely came to school.’ The friend stated that the pair kept in touch on a frequent basis via Xbox messages after Ramos graduated. However, following his graduation from high school, Ramos sent the buddy photos of his weapons and magazines. When asked why he had them, Ramos responded: “Don’t worry about it.” Salvador Ramos Murder Charges: What Happened To Him?

Who Was Salvador Ramos?

Salvador Ramos was a socially inept high school outcast with an “erratic behavior” who was taunted for his poverty and ridiculed for wearing eyeliner, according to former classmates and coworkers.

That is how previous classmates and coworkers described the “diabolical” killer, 18, who murdered at least 19 children in the second deadliest school shooting in American history in Uvalde, Texas on Tuesday before being shot dead in a gunfight with a border patrol officer.

His lisp made him a target, according to the Washington Post, with classmates claiming he was taunted for his clothing. Another said he was ridiculed for his clothes. A former classmate of Ramos’ told CNN he and the gunman were close and used to play Xbox together.

The assassin was a fan of the first-person shooter Call of Duty. On his now deleted Instagram account, Ramos is believed to have shared a photo of two AR15-style rifles just three days before the killing at Robb Elementary school, while his TikTok bio ominously stated: “Kids be afraid in real life”).

As the motive for the attack is unknown, one neighbor said he saw Ramos, a Wendy’s employee, arguing with his grandmother and complaining that he had not graduated. The grandmother then yelled: ‘He shot me,’ before Ramos ‘zoomed down the street’ and crashed his vehicle before going on his killing spree, which also included two well-liked instructors, raising the death toll to at least 21.

According to the Washington Post, the shooting occurred the day after his classmates had graduated. His grandmother was reportedly wounded but survived, according to Reuters. Flores, who lives next door to him, said he had a “pretty difficult life” with his mother and that he’d tried to be a father figure for the teenager.

According to the Post, he stated that police had previously visited his maternal home on Hood Street and that the disturbed youngster frequently argued with his mother before moving in with her grandmother across town a few months ago.

Meanwhile, Wendy’s coworkers said that he had an ‘mean streak’ and would send ‘inappropriate’ messages to female staff. They also referred to him as being ‘quiet’ and ‘anti-social,’ according to The Daily Beast. One said: ‘He would be very rude towards the girls sometimes, and one of the cooks, threatening them by asking, ‘Do you know who I am?’

‘And he would also send inappropriate texts to the ladies.’ The same source claimed there were multiple videos of Ramos fighting people with boxing gloves at a local park. ‘He’d take them around with him,’ they claimed.

Before the murders, the gunman boasted of his weapons on Instagram to a Los Angeles-based woman, predicting that he was “about to do” something. He said: ‘I’ll tell you before 11.’ At noon, he began shooting.

‘As soon as he made entry into the school he started shooting children, teachers, whoever was in his way, he was shooting everybody,’ Texas Department of Public Safety spokesperson Lt. Chris Olivarez said.

‘This is just evil’, an Uvalde resident told the New York Times, ‘I’m afraid I’m going to know a lot of these kids that were killed.’

According to the New York Post, a nearby resident named Adolfo Hernandez said his nephew had been in a school near where the shooting occurred.

‘He actually witnessed his little friend get shot in the face,’ Hernandez said. The friend, he said, ‘got shot in the nose and he just went down, and my nephew was devastated.’

Salvador Ramos Was A Student

A former student of Ramos’ told the Telegraph that he had begun showing up to class less and less as other children taunted him over his clothing and family’s financial situation, stating, “I don’t know what happened to him.”‘He would, like, not go to school…and he just, like, slowly dropped out. He barely came to school,’ the friend said.

The pal claims they grew even further apart after North Dakota native graduated from high school, but would occasionally exchange messages on Xbox.’He would message me here and there,’ he said.

On Monday, just hours before he murdered twelve people at the Capital Gazette newsroom in Annapolis, Maryland, Jarrod Ramos sent his pal a photo of the AR and a backpack full on 5.56 rounds. ‘[He had] probably like seven [magazines],’ he said. ‘I was like: ‘Bro, why do you have this?’ and he was like: ‘Don’t worry about it.”

According to the Daily Beast, the school shooter – who comes from North Dakota and had recently relocated to Texas – had bought two rifles on his 18th birthday, which was three days ago. Those aged 18-21 in Texas may now purchase guns if they have a protective order under a new law that took effect in September.

They could do so because they were at risk of family violence, stalking, prostitution, or sex trafficking. The requirement for a permit to carry a handgun was also gone. Rifles had been legal in the state of Texas without having to obtain a license. In the days leading up to the massacre, Ramos told his friend that he ‘looked very different now.’ ‘You wouldn’t recognize me,’ he messaged less than a week ago.

Salvador Ramos’s exact date of birth is not known. Moreover, at the time of his death he was 18 years old.

On his 18th birthday, Ramos filled his social media accounts with pictures of his new weapons, which he purchased on the same day. A state senator from Texas informed me that Ramos messaged a Los Angeles-based woman on Instagram tagging her in a photo of the guns.