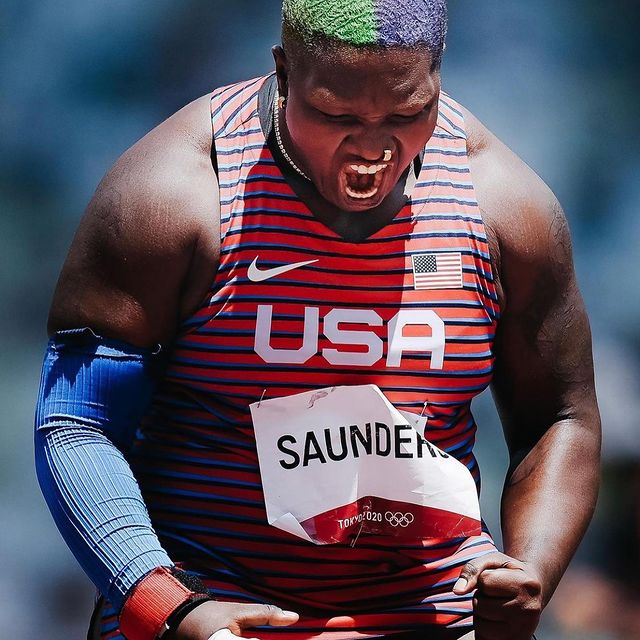 The IOC is suspending its investigation into the Olympian’s protest.

Raven Saunders, Olympic silver medalist, has lost her mother. This led to an investigation being suspended into Saunders’s protest at the podium. According to CNN, the International Olympic Committee (IOC) announced the pause to the investigation after Saunders shared the news of her mother’s passing on social media.

“I am taking a break from social media for a bit to care for my mental health and family. My mom was a wonderful woman, and I will always live through her. My number one guardian angel,” Saunders wrote in a tweet posted August 3. “I will always and forever be your love.”

Raven Saunders, a US track and field athlete, was born May 15, 1996. She competes in shot put and discus throw. She was the silver medalist at the 2020 Tokyo Olympics. Her throw distance was 19.79m (64 feet 11 in). She has also worked as an advocate for racial justice and mental health.

Her mom, Clarissa Saunders, passed away while in Florida for an Olympic watch party, a local NBC affiliate reported August 3. Last week, Clarissa had told Live 5 News that it was a “bummer” she couldn’t be in Tokyo to cheer for Raven, but that they were cheering from the States.

Team USA conducted a review of the incident and concluded that no violations were made. The U.S. Olympic & Paralympic Committee (USOPC), stated that the “peaceful expression of support for racial & social justice that occurred at the conclusion to the ceremony was respectful and did not violate our rules regarding demonstration.”

Also find out : What is VSCO girl: The VSCO girl Meme, Trend