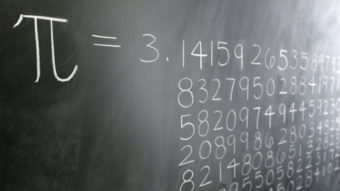 On March 14th, Pi Day is observed to commemorate the mathematical symbol π. What significance does March 14th have for the sign, and how do math fans celebrate? What is Pi Day: 3/14 Date Explained.

Why Is Today Pi Day?

Pi Day falls on 14 March, which is 3.14 since it is the first three significant digits of pi. Larry Shaw, a physicist at the Exploratorium in San Francisco, established Pi Day in 1988.

Read Also: When Is Jeen-Yuhs Part 3 Coming Out

pi is a mathematical constant that equals 3.14159, represented by the letter Pi, also known as π. It has an infinite number of digits. The ratio of a circle’s circumference to its diameter is defined as pi. Pi got its name from the Greek word perimetros, which means “circumference.”

Nature and History of Pi author William L Schaaf remarked once that “Probably no symbol in mathematics has generated as much wonder, romance, misconception, and human interest as the number pi.”

Because it is an indeterminate number, 22/7 is the closest approximation. Pi may be found in many trigonometrical and formulae, as well as being frequently employed in geometry, especially when circles are involved.

Why Is Pi Day Celebrated On March 14th?

On March 14th, International Pi Day, there’s a special reason behind it – it isn’t just any date! The circumference of a circle compared to its diameter is approximately 3.14159, so people sometimes call it “3.14” after rounding.

When the date format is mm/dd, the first three digits (3.14) represent March 14th (3/14), which was originally known as Pi Day. Since its founding in 1988 on March 14, mathematicians across the world have celebrated!

We know what Pi Day is about and why it’s observed on March 14th, but how do you actually celebrate it? There are a number of things you can participate in if you want to get involved.

The first (and most appealing, in our opinion) is to eat a slice of pie. Today is the day to dig in, whether you enjoy sweet or savory pies. If the Pi symbol is etched into the crust, extra points are awarded!

Pi recitation competitions are also held on April5. Other people observe the date by competing in Pi recitation events. The sign denotes 50 trillion digits, so it might be amusing to see how many you can remember.