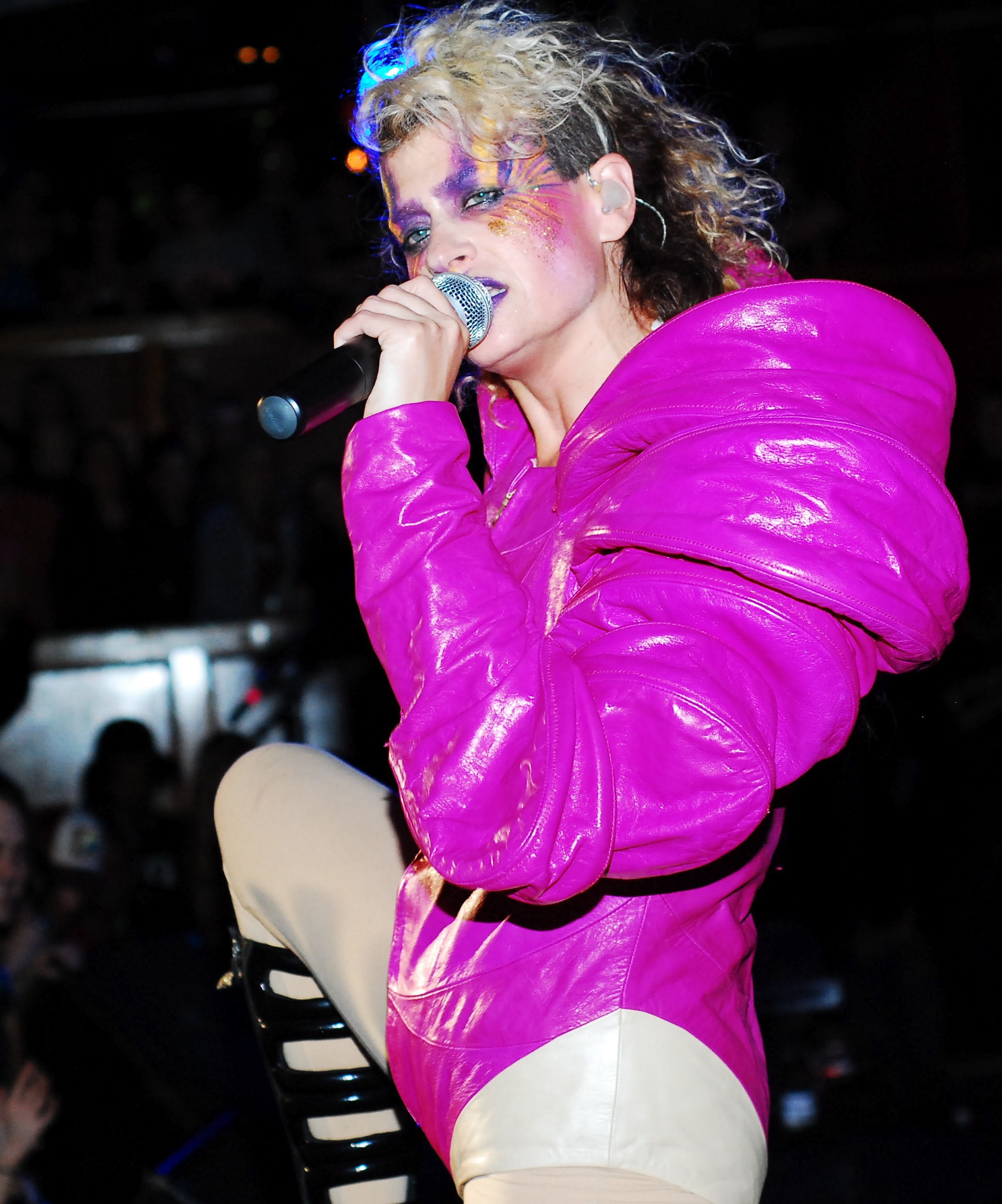 Peaches is a Punk singer and electronic music producer who has self-produced a number of radical albums, including, The Teaches of Peaches, Impeach My Bush, and I Feel Cream. She has contributed to the soundtracks of films such as Lost in Translation and Mean Girls and television series such as True Blood and The L Word.

Moreover, some of her lyrics and performances have been rejected due to them being potentially offensive. A lot of her songs are themed on gender identity. For instance, the cover of her album ‘Fatherfucker’ showed her sporting a beard. Her costumes are often glamorous, futuristic, and bizarre, and they reflect her personality.

She is also noted for her flamboyant and quirky sense of style that pushes the limits of gender identity. Peaches has always carried a persona that is admired by a certain group of people. However, she has mostly faced criticism for being bold and vocal about many taboo topics.

She is not revealed anything about her boyfriend yet. Currently, she is very focused on her career.

Peaches real name is Merrill Beth Nisker, on November 11, 1966, in Toronto, Ontario. She was born into a Jewish family. Her maternal grandparents were Polish immigrants settled in Canada, while her paternal grandparents were from Ukraine.
As of education, Peaches completed her schooling from a private Jewish school. At school, she was tagged as a “class clown.” She loved entertaining people, but people around her always mocked her ability.

Talking about her career, in the early 1990s, Peaches was a member of the folk trio ‘Mermaid Cafe.’ The name “Peaches” was taken from the song ‘Four Women’ by Nina Simone. Peaches completed a six-track EP titled ‘Lovertits,’ after which she moved to Berlin, Germany. Her outrageous sexuality on screen was met with rejection, and ‘Sony’ terminated the contract after the release of her big-budget video for the song ‘Set It Off.’ She made an appearance in the short ‘Hideous Man’, in 2002.

Moreover, she featured in the documentary ‘Clash of Cultures’, in 2004. In 2006, Peaches did an advertisement campaign against seal culling, named ‘Fur is Dead’. In 2007, she did a print-ad campaign for ‘Vestal’ watches, which was featured in the magazine ‘The Fader.’ The same year, she received a ‘GLAAD Media’ nomination for ‘Impeach My Bush.’

She released her fifth album, ‘I Feel Cream,’ in Europe and North America, in 2009. She received the ‘Electronic Artist of the Year’ award at the 10th annual, in 2010. ‘Independent Music Awards.’ Then, in 2015, Peaches released her sixth studio album, ‘RUB’. In May 2016, Peaches performed ‘Bodyline’ in a fourth-season episode of the Canadian TV series ‘Orphan Black.’ On April 29, 2017, she performed ‘Boys Wanna Be Her’ at the ‘Not the White House Correspondents’ Dinner.’

Peaches net worth is estimated around U.S.$6 million. Her primary source of income is her singing career. She stands on a height of 5 feet 7 inches tall.

Peaches is 53 years old and born Merrill Nisker in 1966 in Toronto, Ontario, she attended a private Jewish school. Nisker was a class clown, who “wasn’t particularly smart. I was interested in creative performance stuff, but that turned out to be difficult for me because it was all so structured”.