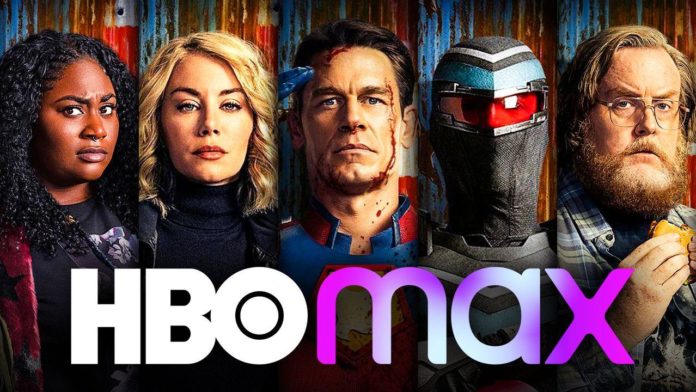 Are you ready to “eat peace” once more? We’ve got great news: Peacemaker season 2 is on its way. Of course, Eagly will need a SPOILER WARNING since this tale will discuss what occurred in Peacemaker’s conclusion. Have you seen it yet? To watch Peacemaker now, get an HBO Max subscription.

So, what about those spectacular cameos in the final episode? DC is definitely putting its faith in James Gunn here. But moving on: A WarnerMedia press release broke the news of Peacemaker season 2, stating that James Gunn will direct and write all episodes for the next season.

According to Gunn, “the real highlight of my life professionally and otherwise has been working on Peacemaker with John Cena and the fantastic creative team around me… It’s been a great experience. I can’t wait for people to see where Team Peacemaker goes in Season 2! ” And about that? We’ll discuss where season 1 left off and how it prepares you for Peacemaker season 2.

Peacemaker season 2 story — what happens next?

The public revelation of Task Force X, Amanda Waller’s initiative to force superheroes to do her dirty work, will lead into Peacemaker season 2. It appears that A.R.G.U.S., despite Leota Adebayo’s disclosure (to clear Peacemaker’s name), may be dismantled now that she has spoken out about it.

So, in Peacemaker season 2, how will Chris and the gang reunite? That’s a story element that the show may address at a later date, but right now we need to talk about one particular subject. More specifically, the figment of an old racist in Chris’ head towards the end of Season 1.

In person and in his own mind, Chris assassinated his father August Ransom “Auggie” Smith — better known as the White Dragon — at the conclusion of Season 1.

Then, in addition to that, there were a number of others. Eek Stack Ik Ik, the Butterfly alien who lived inside Goff’s head, is still living with Smith and has some of that golden honey-like stuff. We predict this will come into play in season 2.

The A.R.G.U.S.’s second season will no doubt provide more depth to the organization’s crew, as Emilia Harcourt has been the least fleshed out member of the group thus far.

And now that we know a little more about John Economos’ childhood and rationale for shaving his beard, we’re guessing his personal life may get a bit more light on it as well.

Is Too Hot to Handle season 4 happening?

It’s unknown when Peacemaker season 2 will premiere, owing in large part to the fact that Gunn and Cena are quite busy.

Gunn is presently filming Guardians of the Galaxy Vol. 3, while Cena is working on Freelance right now; two future projects, The Janson Directive and Wile E. Coyote, are in pre-production.

However, before coming to a prediction, let’s take a look at how long it took Peacemaker to develop. James Gunn started writing Peacemaker in August 2020 and filming began in November 2020.

Filming then began in January 15, 2021 and continued until July 11, 2021. Given that the conception of Peacemaker preceded the complete season narrative, which Gunn is likely already working on, it appears as if production on Peacemaker season 2 will take around 10 to 12 months, depending on how much more material he has left to write.

So, in the best-case scenario, Peacemaker season 2’s release date might be as early as February 2023. That said, summer or winter 2023 makes a lot more sense.

And it appears that there’s still more work to be done, according on Gunn’s comments to Variety: “I’m still playing with a lot of different things. For me, the most crucial thing in season one was to figure out who Peacemaker was and where he was going — what his personal journey was.”

“The Butterflies have nothing to do with the plot and everything to do with who he was as a character, as well as his transformations, because there were also other characters and where they began and ended, since each had little changes for themselves — with the exception of Vigilante, who’s basically a straight line throughout.

So I know where Peacemaker begins and finishes, but I’m playing around with other possibilities regarding how that will play out.”

The conclusion of The Peacemaker was violent enough to provide us an indication as to who would return and why, with Auggie’s return providing cause to anticipate Robert Patrick’s return.

Let’s start with the A.R.G.U.S gang we know is still operational, shall we? We doubt Chukwudi Iwuji will return since Clemson Murn was murdered by the Butterflies. Everyone else, however, will almost certainly return.

Especially now that Murn’s death has created a power vacuum that Waller (as played by Viola Davis) may exploit.

Additionally, we found out that Judomaster is still alive. As a result, here are our predictions for who will return for the Peacemaker season 2 cast.

However, there’s one more thing we’d want to add: that is, who should be in Peacemaker season 2.

We’ve got some ideas for potential candidates. While Orton was not originally intended to play Hal Jordan before John Constantine convinced him otherwise, the former WWE champion has stated an interest in doing so and may portray numerous DC heroes and villains.

Bautista could simply slide into the part of Bane (particularly if it’s the version seen on The Harley Quinn Program), having worked with Gunn previously.