When Will ‘Now You See Me 3’ Be Released? 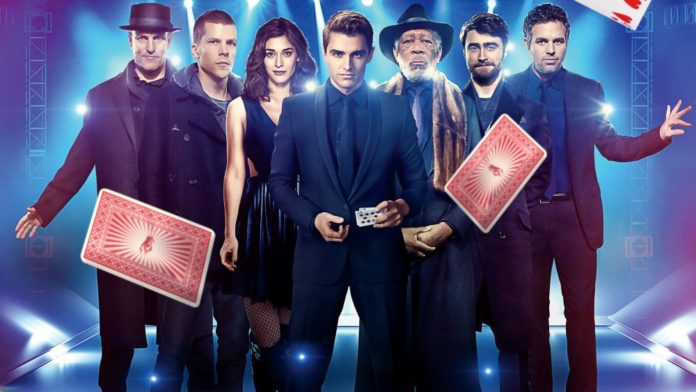 It should go without saying that we still know very little about Now You See Me 3 at the moment. That “movement” we hinted at is in fact quite early in the filming process for NYSM3. In case you hadn’t heard, after a few years of inactivity, Lionsgate has hired a scribe to write a screenplay for the movie. That’s correct, according to Variety, co-writers Ed Solomon and Min Kim will not be penning the third film in the series. After indicating he’d return for the third movie, Now You See Me 2 director John M. Chu has departed his position as well.

As a result of those two departures, as well as the appointment of a new writer, it’s conceivable that we’ll be seeing a somewhat different version of The Four Horsemen than originally intended.

The good news is that Lionsgate has hired an accomplished heavy hitter to write the script: recently announced Oscar-nominated American Hustle and Top Gun: Maverick scribe Eric Warren Singer. The fact that news on the sequel has just leaked into the public suggests Singer is still in the early phases of writing, implying there isn’t much else going on with the project right now.

That being said, we have no idea when Now You See Me 3 will arrive in theaters. Given that four years have passed since the release of Now You See Me 2, it’s unlikely that the studio would want to wait so long before releasing it again. Assuming Singer has any pull left in his wand, we should start seeing some movement on Now You See Me 3 within the production process from here on out. When Will ‘Now You See Me 3’ Be Released?

Even if we don’t know when Now You See Me 3 will be released, the most apparent question becomes which of the original cast members will return to the team. That is a difficult question to answer because every single actor in the cast has been extremely active since the last film was released.

Before we get to the OG Now You See Me crew, however, it would be a good idea to assume that Benedict Cumberbatch is a long shot to appear as NYSM3’s bad guy, as he was initially planned. Cumberbatch is likely to be busy filming non-MCU movies through at least 2022 due to his current Marvel commitments. Marvel fans, please take a deep breath. There will be no MCU reunion between Dr. Strange and the Hulk in Now You See Me 3.

Aside from Cumberbatch, the rest of the Now You See Me cast presents a slew of questions. With Ruffalo, Eisenberg, Caine, Franco, Caplan, Freeman, and Harrelson on board, we’re guessing it took some serious scheduling ingenuity to fit in the sequel shoot while keeping everyone’s schedules organized. As time goes on and more stars join the ensemble, that daunting task will only get harder.

Obviously, it might also indicate that Lionsgate is attempting to create a new path with fresh faces in the third Now You See Me movie. However, if no one from the franchise’s previous cast appears, it will be quite surprising.

Now You See Me 3 FAQs