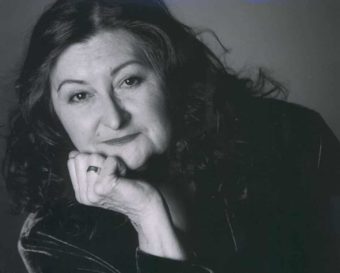 Folk singer Norma Waterson, who was 82, has died, according to her daughter Eliza Carthy. In the 1960s, Waterson formed a musical group called The Watersons with her siblings.

Norma Waterson resurfaced in the 1990s, forming a family group with husband Martin Carthy and daughter Eliza. Amid the devastating news of Norma Waterson’s death, we’re providing all we know about her family and their successful collaboration in music.

Eliza Carthy, the daughter of Norma Waterson and musician, announced Monday that her mother had passed away over the weekend. “Hello everyone,” she wrote along with a photo of her mother. “Not much to say about such colossal sadness; mam died yesterday afternoon, January 30th 2022.

“Thinking of everyone who has supported and donated and just been there for us the last few weeks, the last few years, and through all of her triumphs and trials.”

Waterson had been unable to perform live for a long period of time owing to illness, and he was in hospital with pneumonia at the age of 82, according to the BBC.

Norma Waterson is survived by her husband and musical collaborator Martin Carthy. Norma Waterson made a spectacular debut in the music industry as part of the Watersons sibling group, but she gained new popularity with her spouse and daughter.

Martin Carthy was already (and still is) well-known in the music world at the time of their first encounter. In fact, according to the BBC, Carthy has won BBC Radio 2’s Folk Singer of the Year Award twice.

When John Harrison, who was in Steeleye Span, left the group in 1972, Carthy took his place. Waterson and Carthy got hitched by the end of the year.

In 1975, Norma and Martin had a daughter named Eliza Carthy. Eliza went on to follow in her parents’ footsteps, becoming a singer and fiddle player, and eventually establishing Waterson:Carthy. The group was dubbed “one of the most successful and influential folk groups in Britain.”

Martin Carthy was knighted in 1998, shortly after achieving enormous success in the music industry, for his services to English folk music. He is known for tracks such as “Sovay,” “High Germany,” and “The Good Old Way.” Martin Carthy is now 80 years old.

Eliza Carthy, a musician, announced the tragic news of her mother’s death by posting a link to a fundraising effort on social media.

The family revenue “dried up” as a result of the Covid crisis, prompting them to set up the fundraising page early in the pandemic.