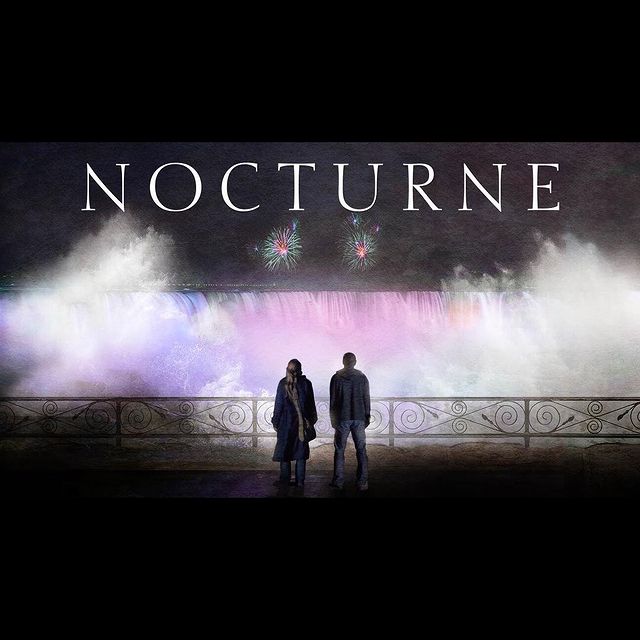 Nocturne is a beautifully constructed film and a wonderful story that truly challenges the viewer thoughts about attraction, anxieties, and the fear of escaping one’s comfort zone. Both Krohnert and Robinson are excellent in their roles.

To understand the Nocturne plot and ending, we will dive into the ocean of terror. Horror movies always had a vast fanbase and people love to enjoy a good and scary story to enjoy, especially at night. Nocturne is Zu Quirke’s first feature-length film and his 2020 horror movie. The movie has gathered a huge fan following and attention since it came out on Amazon Prime Videos. You should watch the movie if you haven’t already. Because this article will contain a lot of spoilers, which can ruin the experience of enjoying this horror story.

The story centers on the Lowe sisters, who are studying at a highly regarded music school. One sister is a prodigy and overshadows the other. She develops an inferiority complex for her genius sister. Their lives change when a student commits suicide. Soon, strange and disturbing events occur with the sisters. It’s up to the viewers to decide if they believe the movie is supernatural horror, with paranormal activity as the cause of the dark events. They can interpret the plot as psychological horror where mental illness is responsible for events. Don’t worry, we’ll go through the plot together and share our thoughts about the Nocturne ending.

A girl is playing the violin, until a grandfather clock chimes, and she jumps off the balcony. Vivian, however, is a gifted musician and has already enrolled at a private school to continue his studies. Juliet is forced to take a gap year because she can’t match her sister’s talent. Soon, the news is out that Moira, a student at the school, committed suicide. Moira is the same girl as the one we saw in the first scene. Due to her death, the school has a vacant spot for showcase. Both sisters have applied for the audition. Juliet stumbles upon Moira’s notebook. It contains music theories as well as some disturbing satanic sketches. She also plays a piece. Vivan’s mentor Dr. Cask arrives and tells Vivan that the piece is Giuseppe Tartini’s The Devil’s Trill.

Juliet falls asleep during auditions and wakes up to find out when she awoke. Juliet’s sister passed the audition and Juliet collapses. Juliet also takes anxiety medication. Her teacher is accused of failing to pass the audition. This infuriates her. He also slaps Juliet which leads to him being suspended. Dr. Cask agrees that the sisters are equal in their technique but can’t match Vivian’s passion. Vivian, furious at Max and Juliet being together at a secret party starts a fight. After witnessing them fight, Juliet ran from the place and Vivian followed her. After seeing a blinding flash of light, Juliet suddenly stops. Vivian, however, can’t see the lights and falls from a cliff. Her hand is broken by the fall, which can cause serious injuries and even permanent damage to her music career. Vivian is also replaced by Juliet.

We also see that Juliet becomes fascinated by the notebook and begins to see the satanic drawings in it. They are also very similar to what is happening with Juliet. Max shares her experiences with her and she also tells Max about Vivian’s cheating on his, which leads to their split. Juliet also had some intimate moments with Max. Vivian throws Dr. Cask the cake during the Lane Sisters’ birthday celebration and he runs off. These actions led to Dr. Cask inviting Juliet to his house, where she kisses and he declines her advances. Juliet is furious and reveals that she knows about his sister’s affair. He also throws his prestigious award into flames.

Juliet returns home to find similarities between the satanic drawings and all the recent events. The last page of her notebook was missing, which made Juliet anxious. Juliet suddenly enters a trance, and begins to draw something. The sketch shows that the next step is a sacrifice. Juliet is scared to death by the idea of the sacrifice and so she burns her notebook. Juliet confronts Vivan about how she has never been able to match her abilities on the show day. Juliet soon has a panic attack, and she runs to the terrace. She suddenly hallucinates in an auditorium. She is also receiving praises from her sister and the audience. In reality, she fell off the terrace and died with an unsettling smile. She is not even noticed by anyone walking past her.

There are many theories that these events could be caused by paranormal activity. We did not see any satanic entities in the movie. We knew from the beginning that Juliet was suffering anxiety and an inferiority complex. These facts led to her becoming mentally ill. However, it is possible that the notebook and events in Juliet’s life are just coincidences. Further, the moving sketches and bright lights were in Juliet’s head and not in reality.

You might be wondering if Juliet’s were due to her mental illness. Then there are the events with Moira, her satanic drawings and illustrations on the walls. Moira’s life was not easy. Her mother died, and her father committed suicide. These events could have been stressful for Moira, and we also learn that she was introverted. She must have killed herself because she didn’t have anyone to talk to. You might be interested in those satanic drawings, since there are many artists who create dark and satanic sketches that represent depression and loneliness.

Moira was also a similar person to Juliet, who gave her life to music but didn’t receive the same love and praises as Juliet. Their connection with Moira’s ghost. They were all Juliet, unintentionally comparing their lives to Moira’s and seeing all the visions. The last scene, in which we see no one noticing her dead body, could be considered metaphorical. We all agree that she died and that she smiled because she was satisfied with the hallucinations she experienced before her death. She is invisible, which means that no one will notice her. Zu Quirke used horrors and satanic elements in portraying mental health.

The film was released on October 13, 2020, by Amazon Studios, alongside Evil Eye, as one of the first four films in the 8 film anthology Welcome to the Blumhouse.