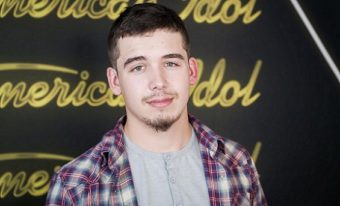 Noah Thompson, a country artist from Kentucky who was a finalist on American Idol Season 20, has revealed his ultimate duet partner: a country star from his home state. One of the American Idol season 20 top 5 finalists is Noah Thompson, a 20-year-old construction worker from Louisa, Kentucky who auditioned for the show after seeing his raw talent and signing him up for it.

His laid-back personality and relatable backstory of attempting to be the greatest father he can be to his 1-year-old son, Walker, have won over his fans. Noah Thompson American Idol Season 20 Finalist: Here’s What We Know.

Noah hasn’t changed throughout his time on American Idol, continuing to bring his unique country vibe to each performance. Noah was diagnosed with COVID-19 during the Top 7 week of American Idol and was placed in quarantine.

He performed from his hotel room for both songs. For his TikTok song, he sang “Painted Blue” by Sundy Best, and for his Mother’s Day song, he paid tribute to his grandmother who helped raise him while also assisting him in raising his own son.

Despite Noah’s apparent sickness, the judges, Lionel Richie, Katy Perry, and Luke Bryan gave him two of his best yet. On May 13th, Noah released his song “One Day Tonight,” which is quickly climbing up the charts. For American Idol’s Top 5 week in Las Vegas, he’ll be mentored by country music legend and season 4 winner Carrie Underwood.

In an interview with Music Mayhem, Noah mentioned that country music star Chris Stapleton is his celebrity duet match. Because Chris is from the same Kentucky town as him, Noah was quick to name him, adding, “He’s not too far away from me and I feel like Chris is more my type of guy, you know what I mean? I just think he’s one-of-a-kind.”

Noah also praised Chris’ music: “I adore his voice. His style appeals to me. His songs are wonderful. Everything about that guy attracts me.” He added, “I feel like he’s one of a kind.”

When it comes to creating and performing his own music, Noah isn’t sure. Some of his fellow American Idol finalists, such as HunterGirl and Fritz Hager, have performed their own songs on the show, but there are no plans for him to do so anytime soon.

He said: “I don’t know,” when asked whether he’d ever perform his original song on television. He added that he has “mixed feelings” about his own music. He acknowledged that he feels like he’s still learning as he goes through the Idol process. For example, “So I’m still writing music, but it’s stuff I kind of keep to myself for a while and then think about for so long before I finish it. So maybe I’ll finish it or whatever… It was something like that.”

Because of his great talent and modest attitude, Noah has been a leading contender to win American Idol season 20. He’s the ideal example of why the program was created: to discover the finest unheralded singers in the country and provide them with a chance to become huge.

When semifinalists were asked which musicians they liked, those artists have frequently shown up on the finale to collaborate with them, so Chris is very likely to do the same for Noah. Noah has given a lot to this competition; he is entitled to his duet ambition.