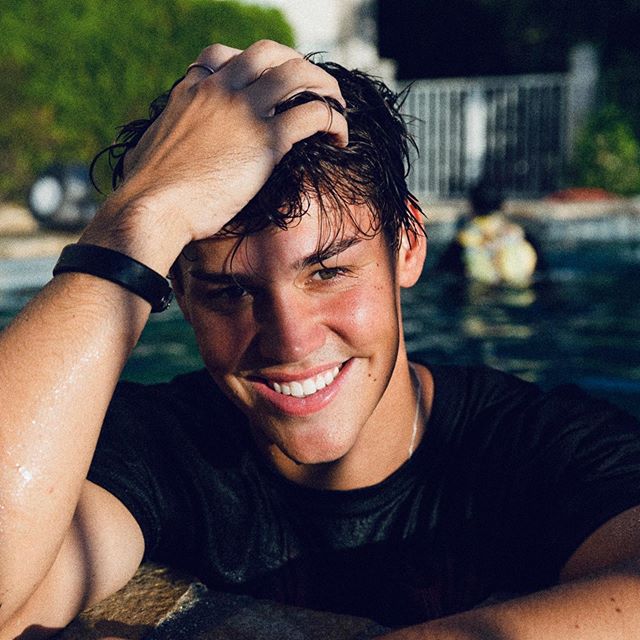 Noah Beck, a.k.a. the “Social Media Phenom,” is set to make his feature-acting debut in The QB Bad Boy and Me, an upcoming romantic comedy produced by Creator+ and Wattpad Webtoon Studios.

The story follows Dallas, a high school cheerleader who wishes to use dance as a means of escaping her dreary little town. Dallas has her eyes set on a coveted dance scholarship at CalArts and nothing—or no one—is going to stop her. That is, until the school star high school quarterback, Drayton Lahey (Beck), enters her life.

Mary Gulino (Disney+’s Hailey’s On It!) will turn the novel into a film. A directing has not yet been assigned. Wattpad Webtoon Studios’ Aron Levitz and Lindsey Weems Ramey, along with Adam Wescott, Nick Phillips, and McKenna Marshall from Creator+, will produce the picture together. Beck will also be involved in production, working as a producer with his manager Maxwell Mitcheson serving as executive producer.

“I am thrilled to be partnering with this incredible team and am honored to bring Tay’s beloved story and characters to life,” said Beck. “I can’t wait to get to work and to dive in on all creative aspects of the film.”

“Noah’s rabid audience combined with QB‘s proven readership create the perfect storm for a film adaptation,” said Wescott, who serves as head of studio for Creator+. “We’re excited for this playful and sweet YA comedy to come to life.”

“The QB Bad Boy and Me is an incredible opportunity to combine Noah’s amazing fandom with the massive global fan community that has been electrified by Tay Marley’s story,” added Wattpad Webtoon Studios’ President, Levitz. “Readers have fallen in love with The QB Bad Boy and Me on Wattpad and in bookstores, so we’re thrilled to work with Noah and Creator+ to bring this story to life on screens everywhere.” What Role Noah Beck Is Going To Play In Rom-Com ‘The QB Bad Boy And Me’ In 2022.

Noah Beck is a social media celebrity with over 45 million followers on Facebook, Instagram, and YouTube. He also produces and stars in his own show for Paramount and Awesomeness called Noah Beck Tries Things, which aired its second season in May 2019.

In addition to hosting the podcast Put a Sock In It with content creator and recording artist Larri “Larray” Merritt, Beck has recently made his scripted acting debut on Nickelodeon’s Side Hustle as Isaac Padel.

Wattpad Webtoon Studios is the fan-powered worldwide entertainment and publishing arm for Wattpad and Webtoon, which combines technology, a new generation of creators, and passionate worldwide fandoms to produce data-backed, audience-driven TV shows, films, and books.

The QB Bad Boy and Me follows a series of successful romance remakes from the company, which has established itself as one of the most in-demand resources for love stories.

Wattpad Webtoon Studios recently executive produced the Netflix Original Film A través de mi ventana (Through My Window), a Wattpad author Ariana Godoy production that became #1 in 22 countries and the Top 10 film chart in 85 regions, with more than 33 million viewing hours in its first weekend on the streamer. Two sequels are currently being developed in the franchise.

What is your background?

I have a degree in business administration from the University of Southern California. I also played football and baseball at USC.

How did you get into writing?

I started writing when I was 14 years old and had a blog on Myspace. I would write about my day-to-day life, thoughts, and feelings.

What inspired you to write The QB Bad Boy and Me?

The QB Bad Boy and Me was inspired by my own life experiences. I wanted to write a story that would resonate with readers and show them that no matter what life throws their way, they can always overcome it.

What do you hope readers will take away from the book?

I hope readers will take away the message that no matter what your circumstances are, you can always find love and happiness. I also hope readers will be entertained by the story and fall in love with the characters.

What are your future plans?

I am currently working on a new book that is scheduled to be released. I am also executive producing and appearing in a new TV show for Paramount Network called Noah Beck Tries Things.