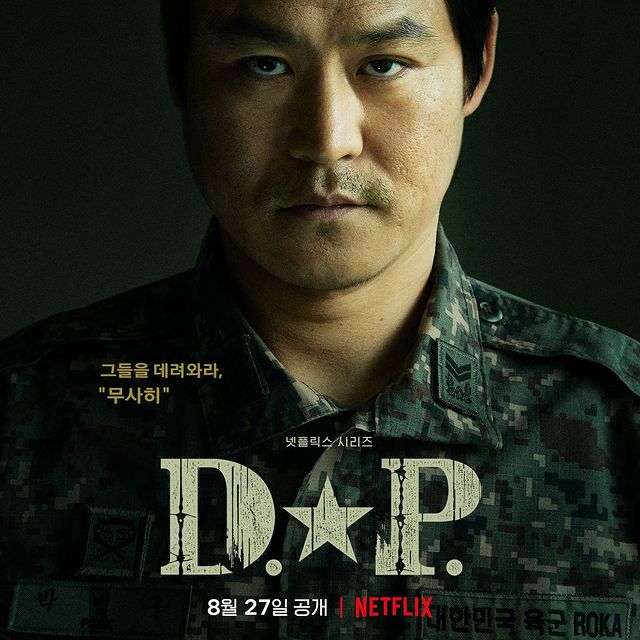 What is the release date of Hometown Cha-Cha-Cha? The series is going to be released Saturday, August 28th, 2021 | New Episodes: Saturday & Sunday

Subscribers will need to wait until August 31st for the new weekly kdrama. It’ll still be worth it for one of the most sought-after K-Dramas in 2021.

Yoon Hye Jin is a beautiful, intelligent, and charming woman. She had her life and career planned out. But after suffering a major setback due in part to her righteousness, she moves to Gongjin, a seaside village. She meets Mr. Hong in Gongjin, an official unemployed man who does odd jobs and helps those in need.

Netflix has begun to adapt a number of South Korean webtoons and made them into amazing new Originals. We are hopeful D.P. will be another great success.

All male South Korean citizens must complete two years of military service between the ages of 18 and 28. However, that doesn’t prevent some citizens from leaving. Jun Ho, a young man, is assigned to the military defector team. This requires him to detain all known deserters. He is forced to confront the most troubling cases of soldiers who felt they had no choice but to go AWOL.

The series’ ratings have risen since we last talked about Love. At the time of writing, it is the 12th most-rated cable drama in South Korean television history.

Three women who are successful radio hosts find their lives unraveling when their happy marriages begin to suffer.

New K-Dramas on Netflix in August 2021

The Crowned Clown received glowing reviews from KDrama fans. It has also been a popular choice for k-drama subscribers.

As uprisings and political plots threaten King Yi Heon’s throne, the Kingdom of Joseon finds itself in disarray. To avoid being assassinated, the king hires Ha Sun, a clown who is almost identical to him. Ha Sun, now the acting king in Joseon, finds his life a bit more difficult when he falls for Queen Yoo So Woon.

Another popular k-drama series that stars Song Kang, a heartthrob, is also available on Netflix.

Park Jae Uhn is a flirty, happy-go-lucky person who doesn’t allow himself to feel for other people. Yoo Na bi, on the other hand, is a romantic but, after her painful experience with her first love she has lost faith in love and no longer believes in fate. Park Jae Uhn meets Yoo Na Bi, and the two have a magical impact on one another, breaking down barriers that keep others from getting in touch.