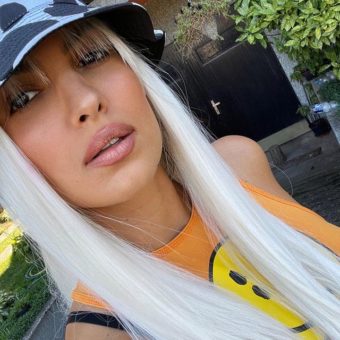 She appeared in various ad campaigns including some for Johnson and Johnson. She has over 3.1 million followers on her natasastankovic__ Instagram account.

Some Facts about Natasa Stankovic

In 2012, Stanković moved to India to pursue a career in acting.

She started her career as a model for brands Johnson & Johnson.

In 2013, she made her Hindi film debut with the film Satyagraha, directed by Prakash Jha, where she appeared in the dance number “Aiyo Ji” opposite Ajay Devgn.

Later in 2014, she appeared in Bigg Boss 8, where she stayed in the house for one month.

She gained popularity when she appeared in the popular dance number “DJ Waley Babu” by Badshah and Aastha Gill.