Ms Juicy Illness: Why Is She In ICU? 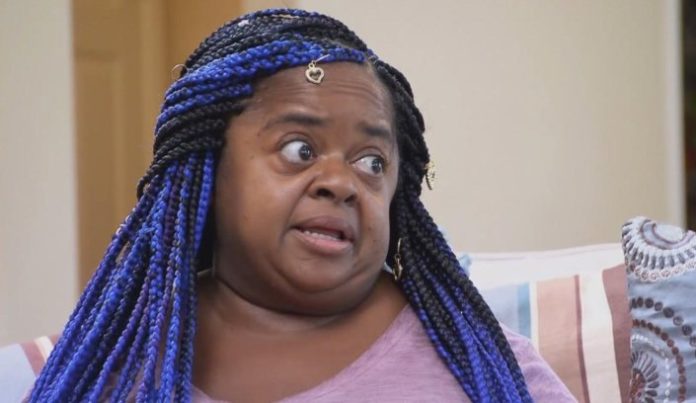 Shirlene ‘Ms Juicy’ King Pearson, 50, has been hospitalized in an intensive care unit (ICU). It is unknown what ails the reality TV star who has been on a health program. Her company posted the bad news on Instagram. The Instagram post also stated that the celebrity was “stabilized” in the ICU. ‘Please continue to pray for Ms Juicy. We will keep you updated with any new information,’ it added.

One of the stars of the popular TV show Little People: Atlanta is in such bad condition that she is being treated by a professional. Shirlene ‘Ms Juicy’ King Pearson, 50, has been admitted to an Atlanta-based hospital’s ICU, according to her management firm, which uploaded a photo on her Instagram account.

It’s unclear what ails the reality TV star known as The Queen of Atlanta, but it comes as a surprise to her fans, according to TMZ. Pearson, who has Pituitary Dwarfism and was born in Texas, has been trying to lead a more healthful life for the past two years by exercising regularly and eating correctly. Ms Juicy Illness: Why Is She In ICU?

Ms Juicy is mostly recognized for saying, “Jesus take the wheel,” which has resulted in a slew of memes. This happened after Pearson was cut in the face with broken glass during a drunken scuffle at Nouveau Bar & Grill in College Park, Georgia, in February 2020. According to TMZ, the horrible fight between the cast of Little Women Atlanta recorded on video came to an end with Pearson needing stitches and a CAT scan.

On Lifetime’s unscripted hit show, Amanda and Andrea Salinas were seen screaming at Abira Greene in the nasty fight footage. While it was unclear what caused the ruckus, Abira and the Salinas sisters could be seen hurling insults and even spitting on one another before a glass was hurled.

Ms Juicy attempted to calm the furious assault by removing her glasses, which resulted in a glass smashing against her forehead and bleeding. ‘I’m bleeding,’ exclaimed Ms Juicy as a friend held a paper towel to one of her cuts. ‘On my foot! I cut myself…on my foot!’ Despite the fact that she had a gash on her head, she appeared stunned that she had walked through jagged glass.

Meanwhile, one of the Salinas sisters was physically dragged out by a security guard as she yelled at the other women, who were still beating on each other. The fight included late Ashley “Minnie” Ross, who died in May after losing control of her vehicle and colliding with an automobile in the opposite lane. According to TMZ’s police report at the time, Minnie lost control of her car while driving on one side of the roadway, causing her to jerk the steering wheel right according to eyewitness accounts.

Minnie, who received a ticket on her birthday for driving without insurance after cameras caught her doing so, was killed in a crash that occurred at 3:50 p.m. on Saturday, September 29th, according to the California Highway Patrol (CHP). The reality star was cited for the incident. Minnie was unresponsive at the scene and later died. The other driver went to the hospital with discomfort from the accident.

Why Is She In ICU?

According to the site, neither driver was tested for alcohol or drugs, and no autopsy was performed on Minnie. She will most likely be categorized as dying as a result of blunt force trauma from the collision, according to the source. Ross has been a cast member of Lifetime’s The Unauthorized Saved by the Bell Story since its inception in 2016.

The TLC reality series follows a group of five young women as they deal with drama, friendship, careers, and men in Atlanta. Ross had been a main cast member of all six seasons of the program. She played on the successful show with teammates Ms. Juicy Barlup, Tiffany Monie Cashette, Emily Fernandez, and the Salinas twins. Ross’ castmates took to social media to offer their sympathies and favorite memories about the reality star. ‘This is too much,’ said Ms. Juicy Baby.’