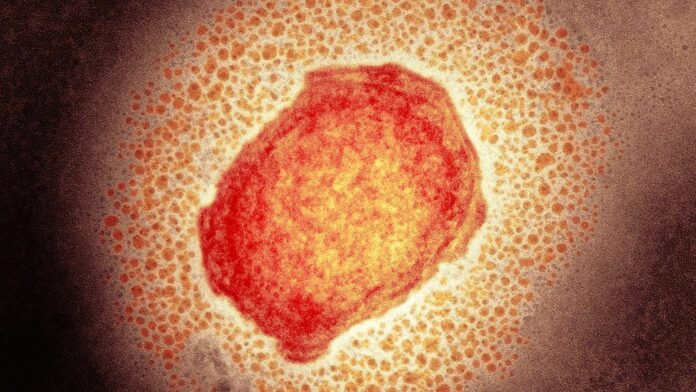 Following several individuals being diagnosed with monkeypox, the World Health Organization declared a worldwide emergency in 2022. Twitter was quick to react, using lockdown memes as a response to the situation. Following the announcement of Monkeypox being designated a global emergency, various individuals have been reacting and expressing concerns that things may revert back to normal when there was a COVID-19 outbreak. While no lockdown has been announced yet, social media users appear convinced that it will not be long before one occurs. Monkeypox Virus Lockdown Emergency Announced.

What Is Monkeypox Virus?

According to the World Health Organization (WHO), Monkeypox is an illness caused by a monkeypox virus. It’s a viral zoonotic disease, implying it can be spread from animals to humans as well as people to people. If a person comes into contact with someone who has a monkeypox rash or through a face-to-face, skin-to-skin, mouth-to-mouth, or mouth-to-skin connection, including sexual contact, the virus can be transmitted. At the same time, the surrounding environment may also be exposed to infection as a result of this.

This indicates that if an infectious individual touches clothing, bedding, towels, objects, electronics, or surfaces and the same is touched by another person, there’s a possibility the second person will be infected. The virus could also be transmitted from mother to child during close contact or from parent to infant or youngster during prolonged touch.

How To Avoid The Virus?

According to the WHO, you should avoid close contact with people who have suspected or confirmed monkeypox, as well as animals that could be infected. Keep contaminated areas clean and disinfected at all times.

If you suspect you have monkeypox, you must immediately withdraw from society. One must be isolated until the scabs fall off and a new layer of skin develops beneath if one has monkeypox. If you believe that you have been in touch with someone who has monkeypox, keep a close eye on any symptoms or indicators of the disease for 21 days after your last exposure.

People have reacted to the announcement of monkeypox being labeled a worldwide emergency with memes. The following are some of the best ones seen online. Some people are convinced that a lockdown is inevitable now that monkeypox has been declared a global emergency. With the announcement of monkeypox being declared a global emergency, people are using lockdown memes to express their concerns. Whether or not a lockdown will be imposed remains to be seen, but one thing is for sure, people are worried about the situation.