Who Is Samantha on “Euphoria” Season 2, Minka Kelly? 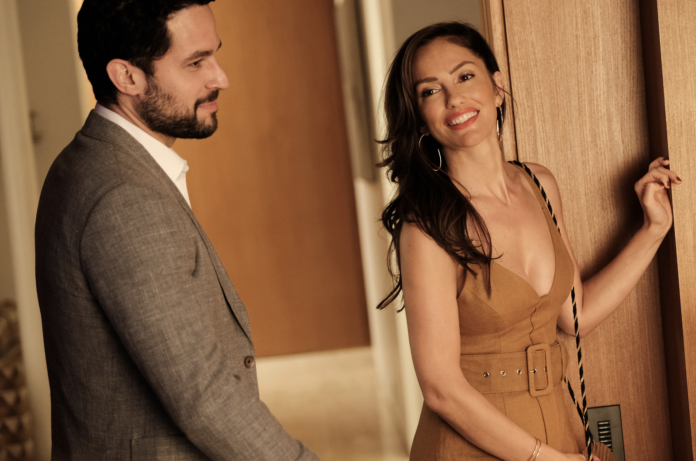 Viewers first encountered Samantha in episode one, when Maddy sat for her child, Theo. While Maddy spent time at Samantha’s home, she didn’t come out of her shell until episode six.

She became a sounding board for Maddy, allowing her to share her own experiences with relationships and betrayal. While we have to wait and see how Maddy and Samantha’s relationship develops further, here is what we know about Samantha thus far. Who Is Samantha on “Euphoria” Season 2, Minka Kelly?

Samantha was a difficult protagonist until episode six. Maddy frequently donned her expensive clothes and spent time with her pal in Samantha’s pool when she thought she had been caught red-handed for playing in Samantha’s closet. When Maddy thought she’d been discovered red-handed while playing in Samatha’ dress, she was surprised to discover that only asking her to unzip it was all the damage that elicited.

In the sixth episode, Maddy’s closeness with her mother increased when they hung out together in her pool and drank wine while Maddy explained the betrayal by Cassie and Nate’s new relationship. Others thought that she was filming Maddy to catch her stealing or misusing her clothing.

Kelly was born in Los Angeles, California, to Rick Dufay and Maureen Dumont Kelly. Her father, Rick Dufay, was a former Aerosmith guitarist. She grew up with her mother, who worked as a cleaner while raising her daughter. By the time she was in junior high school, Kelly and her mother had relocated to several towns throughout New Mexico.

Maureen, Kelly’s mother, died in 2008 from colon cancer at the age of 51. She is of French, Irish, and Dutch-Indonesian origins.

Minka’s other HBO Max series is Euphoria. She was cast as Dawn Granger/Dove in the DC Universe program Titans since 2018.

In 2007, Kelly dated actor Chris Evans. They got back together in 2012 and split up in 2013. From May 2008 to August 2011, Kelly was involved in a relationship with then-New York Yankees baseball player Derek Jeter. In 2017, Kelly began dating actor Jesse Williams for nearly a year before calling it quits in 2018.

She enjoys cooking and baking. In 2015, she received her certificate from the New School of Cooking in Culver City, California.