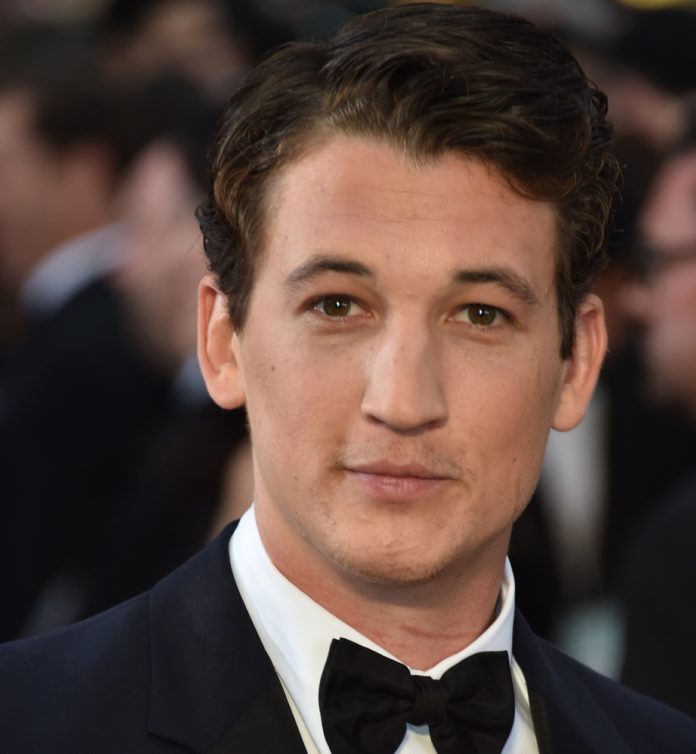 Miles Teller is a well known American actor. He rose to stardom for his hits which include The Spectacular Now, Whiplash, The Divergent Series, War Dogs, Bleed for This, Thank You for Your Service, and Top Gun: Maverick.

How tall is Miles Teller? He is 6 feet 1 inch tall and weighs around 79kg. The actor has brown eyes and light brown colored hair. Besides that, there is no information regarding Matthew’s other body measurements.

Since 2013, Miles has been in a relationship with model Keleigh Sperry. They were engaged at the Molori Safari Lodge in the Madikwe Game Reserve, South Africa, on August 20, 2017, and were married on September 1, 2019, in Maui, Hawaii.

Teller appeared in many short films between 2004 and 2010. In November 2021, he appeared in Taylor Swift’s music video “I Bet You Think About Me” directed by Blake Lively.

His mother, Merry, is a real estate agent, and his father, Michael, is a nuclear power plant engineer. He has two older sisters, Erin and Dana.

His paternal grandfather was of Russian-Jewish descent, and his ancestry also includes English and Irish. He lived in Pennsylvania and Delaware before his family moved to Citrus County, Florida, when Teller was twelve.

In November 2020, it was announced that Teller will star in a political satire called The Fence.

In 2013, he starred in 21 & Over and The Spectacular Now, opposite Shailene Woodley.

Teller worked as a server at a restaurant called Crackers.

He earned a Bachelor of Fine Arts degree at New York University Tisch School of the Arts, and studied method acting at the Lee Strasberg Theatre and Film Institute.