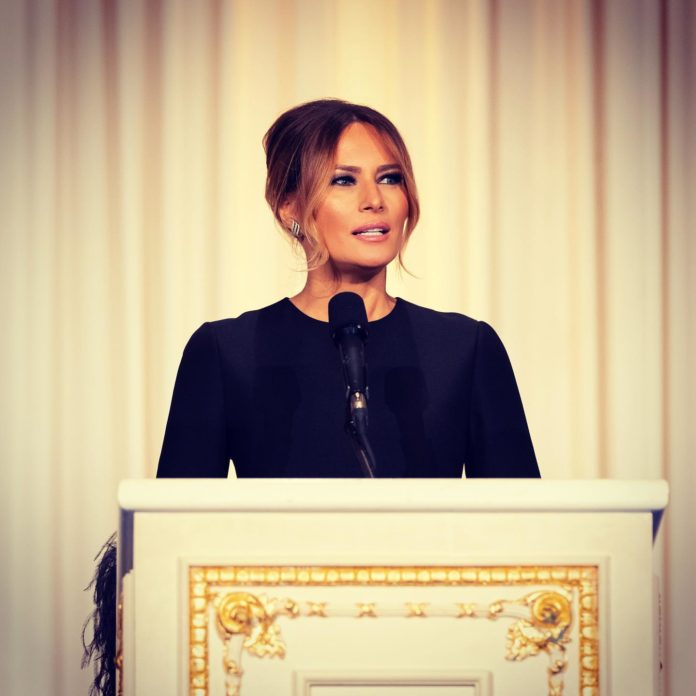 Amy Odell’s biography gives new light on an alleged rivalry between the former first lady and Vogue editor Anna Wintour, which stems from late 2016 when Wintour failed tomention that she’d be visiting Trump Tower to meet with incoming president Donald Trump. According to the new book Anna: The Biography by journalist Amy Odell, when Wintour arrived at the Trumps’ Manhattan home, future first lady Melania Trump gave her visitor the cold shoulder.

According to Insider, Stephania Winston Wolkoff, a former friend and White House aide for Melania who later penned a scathing tell-all about the first lady, said that the first lady was “so furious” that Wintour didn’t notify her about the visit that she “didn’t even say hello.” Melania Trump and Anna Wintour Drama Explained.

After the 2020 election, Anne Fulenwider “begrudgingly reached out” to her long-term acquaintance Ivanka Trump to plan a meeting. That is, according to a separate Vogue reporting, apparently this enraged Melania considerably because she’d been on the cover of Vogue ahead of her wedding over a decade earlier.

Since then, Melania had been asked to attend events connected with the magazine and its editor. “Melania didn’t understand that she had been invited to Anna’s events not because she was a friend, but simply because she had appeared on the February 2005 cover of Vogue,” Odell reportedly writes in her book, which was released this month.

According to Wolkoff, there was an alleged rivalry between Melania and Ivanka. Trump became acquainted with Wolkoff in New York’s fashion and social circles in the early 2000s, when she joined her entourage; after assisting plan Trump’s inauguration, she moved to Washington and joined the first lady’s team before their relationship deteriorated, all of which she chronicled in her book.

All About Melania Trump and Anna Wintour

Vogue’s editorial team made two tries to shoot Melania Trump for the magazine’s pages before and after the Trumps moved into the White House, according to Odell. “But because they wouldn’t give a cover promise, Melania would not do it,” she adds.

Wolkoff previously reported on Melania’s suspicion that landing another Vogue cover was never really a possibility — much less a certain thing — despite her position as first lady. According to her book, Melania claimed she’d heard people at the magazine were envious because she was able to pull off fashionable looks and look good even though some designers refused to dress her.

“I don’t give a f— about Vogue or any other magazine. They would never put me on the cover. All these people are so mad,” Melania reportedly said, according to Wolkoff’s book.

In an essay for the New Yorker, she characterized Wintour as having been “giddy” and said that the designer’s emails had been leaked. It was also reported that Vogue editor-in-chief Anna Wintour got emotional in front of her staff on Election Day 2016 after Trump’s win (and Clinton’s loss).

In 2020, the Department of Justice filed a suit against Wolkoff alleging that the first lady’s previous friend and assistant had violated a non-disclosure agreement by publishing personal facts about Trump in her book. In Feb 2021, the case was withdrawn.

Read Also: Amber Heard’s ‘my dog stepped on a bee’