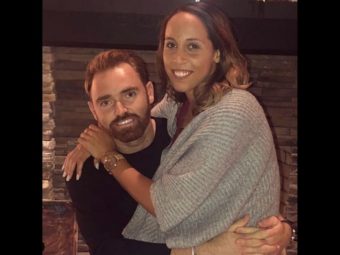 The Australian Open is in the semifinals for Madison Keys. Her boyfriend and fellow tennis player, Bjorn Fratangelo, has added intrigue.

The 20-year-old American Madison Keys has just beaten Barbora Krejcikova, the fourth seed at the 2022 Australian Open, in the quarterfinals. She beat Paula Badosa in the previous round. In Melbourne, Keys faces world no.1 and home favorite Ashleigh Barty in the semi-finals.

Who is Madison Keys’ boyfriend?

Madison Keys is dating a professional American tennis player named Bjorn Fratangelo. Madison Keys does not have a spouse.

Since December 2017, the pair has been dating and are quite active on social media. They frequently photograph themselves working out and getting after it in the gym together.

Bjorn Fratangelo was named after tennis great Bjorn Borg and was born on July 19, 1993. He began playing tennis at the age of four and achieved a career high ranking of 99 in 2016, although he is now world no.152.

Tyler Herro’s girlfriend, Katya Elise Henry: Know Everything About Her

After injuring his quadricep in 2018, Bjorn was shelved for the season. “When I was finally healed, I returned to the court without much enthusiasm or energy,” he stated at the time.

“I was emotionally in a rut, and I wasn’t able to get out of it. I lost eight or more matches in a row, and I started sinking into a pit. At the time, I wasn’t the greatest person.”

Does Seema Jaswal have a partner?