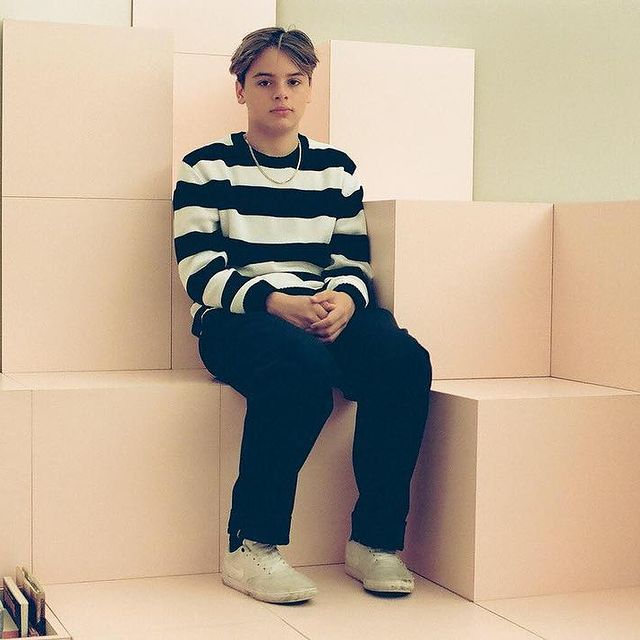 Mace Coronel is an American actor. He is well known after his role as Dicky Harper on the Nickelodeon comedy series Nicky, Ricky, Dicky & Dawn. This cute and innocent looking boy landed in acting career in 2010. In 2014, he starred in the Nickelodeon TV movie Santa Hunters and later on Nickelodeon’s Ho Ho Holiday Special in 2015. In 2019, he began starring on the Brat series Zoe Valentine. He has achieved all this while growing up in his own country, marking him as one of the most successful rising American child actor. Tune in bio and explore more about Mace Coronel’s Wiki, Bio, Age, Height, Weight, Dating, Net Worth, Family, Career and many more Facts about him.

How old is Mace Coronel? He was born on March 10, 2004 in New York City, NY. He is 17-yrs old. He grew up in New York and Nevada. His father and mother names are not known. Though, he has siblings. He enjoys MMA fighting.

How tall is Mace Coronel? He stands tall with a height of 5 feet 4 inches and weighs about 53 kilos. He is a fitness freak as well. He has blonde hair and has light brown eyes.

Mace Coronel launched his acting career when he was just seven years old . After a very short period of time, he was cast in episodes of Days of Our Lives and Hart of Dixie. He also played the role of R.J. Forrester on the CBS soap opera The Bold and the Beautiful.

How much is the net worth of Mace Coronel? Acting is his main source of income. His net worth is estimated at $1 million.