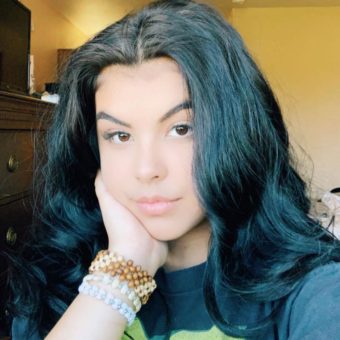 Lola Luna Washington, who was charged with second-degree murder, has been released on bail. Here’s the latest news. Lola Luna Washington is the one who murdered a good girl from Kitsap County, Syanna Puryear Tucker. She is now facing trial and faces serious charges, although news about her bail is emerging.

We have the most up to date information on the teenager. You will learn about Lola Luna’s location as well as be able to comprehend her situation in depth after reading this essay.

Lola Luna Washington- Where is she now?

Lola Luna Washington is a teenage girl who has been charged with murder. She was detained at the Kitsap County juvenile facility while it was verified that she had just left prison on $1,000 bail.

The parents of this teenager are going through a terrible time and must deal with the destruction, stalking, and threats for their daughter’s actions. They’ve contacted the cops, but they can little about it. Lola and her family are preparing to sell their home in Kitsap County and relocate somewhere else, according to reports. While the court has ordered that their daughter be confined for 24 hours every day at a location fitted with an electronic device.

On the other hand, the victim’s family is frustrated to see that she was given only a small amount of money. They believe that an individual who has been charged with second-degree murder should not be allowed to remain outside of jail.

It was in January 2021 that two teens, Puryear Tucker and Lola Luna, had a disagreement. According to police records, the fight began in the front yard of Lula’s house, where the reason for the conflict is unknown. She stated that she had acted in self-defense, according to the 17-year-old. It is proved, however, to be a premeditated murder because she stabbed Puryear Tucker at least 20 times before being taken to the hospital and was already dead.

The teenager’s release has been more contentious since her recent bail. The court’s decision has sparked a rebellion among individuals, who claim that the young woman is a danger to everyone and no one is secure until she is imprisoned once again.

Syanna Puryear Tucker’s parents have been devastated by their daughter’s death. Ryan Puryear-Tucker, his father, said in one of the interviews that his life has completely altered since losing his daughter.

They are certain that the justice department will provide them with a fair trial. They can’t restore their daughter’s life, but they’re hoping the killer receives no way out.