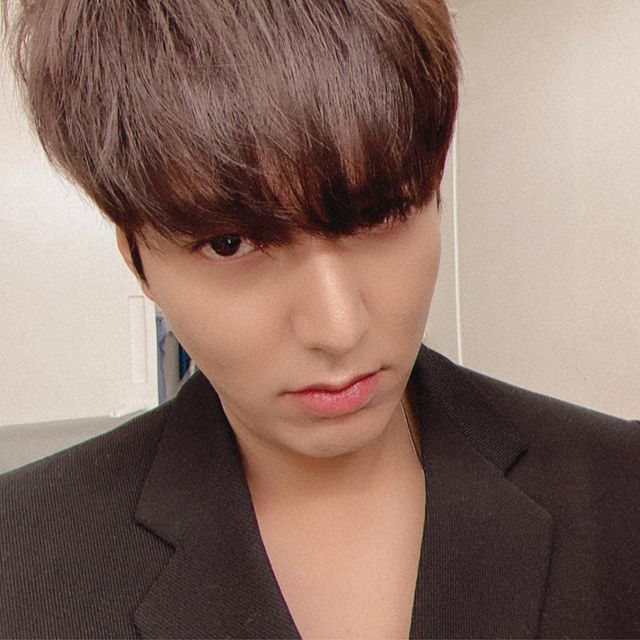 Lee Min Ho is in relationship with ex-MOMOLAND member, Yeonwoo? According to the latest reports on Dispatch, the two have been in a relationship for about 5 months. The star couple was spotted last evening on a casual movie date. While Lee Min Ho was photographed with loose-fitting shorts and a tee, Yeonwoo also opted for athleisure wear. According to the report, Lee Min Ho played the perfect date and picked up his lady love drove her to the movie theatre in Coex. It was also reported that the couple, who got romantically involved during the lockdown. Hence, what is the reality behind Lee Min Ho and Yeonwoo’s dating story?

Dispatch presented netizens with pictures of the two celebs as they were spotted hanging out at the same venues. However, they were not pictured together. Also, the South Korean outlet claimed that the couple has been seeing each other for the past five months. Moreover, the two are just acquaintances.

Lee Min Ho is not in a relationship with Yeonwoo. Min-Ho’s agency quickly dispelled the Dispatch report that Yeonwoo and Lee Min Ho were dating. According to the media outlet, they have been bonded over their shared love of gaming and movies. The media outlet also reported that the couple had been together for five month. Dispatch published pictures of both of them separately, but at the same locations. They also reported that Min-ho was spotted picking Min-ho up for a movie date.

The fans were puzzled, but some believed the news. Previously, Dispatch brought Lee Seung Gi and Lee Da In’s relationship to light. Fortunately, the two confirmed the romance. And this time, fans were expecting to receive the same news from Min-Ho and Yeonwoo’s agencies.

But hours later, MYM Entertainment, which manages Min-Ho, released a statement saying that the two are not dating each other. The statement read, “It is not true that they are in a relationship. They are just acquaintances.” Furthermore, MYM explained that the pictures from the “date” are indeed real, but the date also included other people. As for now, Yeonwoo and Min-Ho are acquaintances only.

Lee Min Ho has always been open about his love life. Earlier, he dated Bae Suzy for three years before calling it quit in 2017. On the other hand, Yeonwoo’s dating history is not known to the public.

Sources close to the couple confirmed to the portal that Lee Min Ho is in fact dating the singer and actress and credited their shared interests for bringing them closer. The source said in a statement, “Lee Min Ho and Yeonwoo both enjoy playing video games and watching movies. Their common interests made them even closer.”
It was also revealed that the hunk doesn’t like to hide his relationship so he prefers to take his lady love on dates in public.

Lee Min-Ho might not be dating MOMOLAND’s Yeonwoo. They have certainly caused a stir among Kpop and Kdrama lovers. Lee Da Bin (aka Yeonwoo) is an ex-member of MOMOLAND who isn’t active in the acting scene. Pegasus Market, Cheat On Me If You Could, Alice, Touch, Touch and many other roles are what made the 25-year-old idol into an actress. While she was a MOMOLAND idol, the rising star is now focusing her attention on acting.

On the other side of this coin is Lee Min-Ho, the Hallyu star (Korean Wave). This 34-year-old global star has brought many fans to Kdrama. His mega-hit Boys over Flowers, which he released in 2009, is still popular and has been translated into many languages. He is also known for hits such as Faith, City Hunter and The King: Eternal Monarch. Legends of the Blue Sea, The Heirs and many others. His drama Pachinko is due to air shortly.

Currently, both the stars are not dating anyone. Focused on their careers, both celebs are committed to their profession at the moment. Hence, we can see more of them on the screens. Until then, watch Lee Min Ho in Legends of the Blue Sea here.