Who Is Katie Lowes’s Husband, Adam Shapiro: What We Know So Far 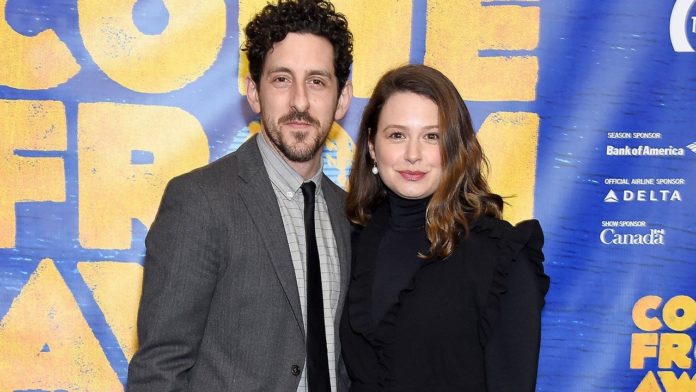 Adam Shapiro is an American actor who is best known as husband of actress, Katie Lowes. Moreover, Katie Quinn Lowes is an American actress and theater director. She is most recognized for her role as Quinn Perkins on the ABC political thriller Scandal (2012–2018) as well as her portrayal of Rachel DeLoache Williams in the Netflix drama series Inventing Anna (2022).

She announced the birth of their son, Albee Shapiro, on October 5, 2017. On July 20th 2020 she revealed that she and her spouse were expecting their second child in November. Lowe’s gave birth to Vera Shapiro on November 22 , 2020.

Before landing her breakout role on the show, she worked as nanny for Connie Britton’s adopted son.

On May 14, 2021, CBS announced that Lowes will star opposite Pete Holmes in a sitcom based around the life of laid-off auto worker-turned-professional bowler Tom Smallwood.

Lowes was born in Queens, New York City and grew up in Port Washington, New York. Her father is Irish Catholic, whereas her mother is Jewish.

She graduated from New York University’s Tisch School of the Arts with BFA in acting.