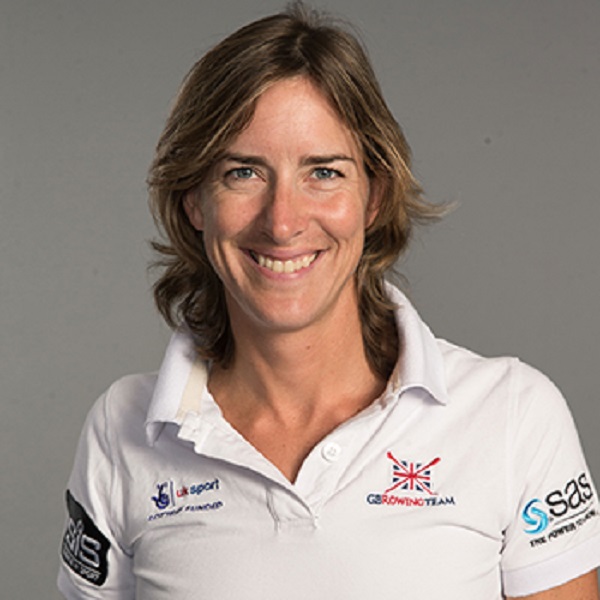 Katherine Grainger is a well known British former rower and current chair of UK Sport. She served as Chancellor of Oxford Brookes University between 2015 and 2020. Currently, she is the Chancellor of the University of Glasgow. Tune in bio and explore more about Katherine Grainger’s Wiki, Bio, Age, Height, Weight, Husband, Body Measurements, Net Worth, Family, Career and many more Facts about her.

Katherine Grainger Husband : She was married with Anna Watkins in 2012. The couple got married in their bodysuits after winning double sculls together. However, the duo might have separated back in 2014. The rumors of the couple’s split started after Anna announced her decision not to team up with Katherine at the 2016 Rio Olympics. Further, Katherine and her partner/husband Anna have not clearly explained the reason for their split. As of now, Grainger’s love life is rarely covered by any news media. She appears to be single for now. However, she has not expressly revealed if she is dating someone or maintaining a single life as of 2021.

Katherine Grainger’ Age : Her birthday falls on November 12, 1975. She is 45-yrs old. She holds American nationality and belongs to mixed ethnicity. Her birth sign is Scorpio. She was born in Scotland.

Katherine Grainger’s Net Worth : She was the Chancellor of Oxford Brookes University, from 2015-2020. Her net worth is estimated to be $1.3 million.

She trained for rowing on the River Dee, and competed for the first time in the 1997 World Championship in Lac d’Aiguebelette, France, where her team took bronze.

She was elected President of the Edinburgh University Boat Club in 1996/97.

She was awarded an honorary doctorate by the University of Aberdeen, in June 2017.

She first won silver at Sydney in 2000 in the woman’s quadruple sculls with Guin Batten, Gillian Lindsay and Miriam Batten losing to a German team.

Four years later in Athens in 2004, she won silver again when she took part in the coxless pairs with Cath Bishop, losing to Georgeta Damian and Viorica Susanu of Romania.

She returned to the quadruple sculls in Beijing 2008, when she won her third silver with Annabel Vernon, Debbie Flood and Frances Houghton, narrowly losing to China after taking the lead for some of the race.