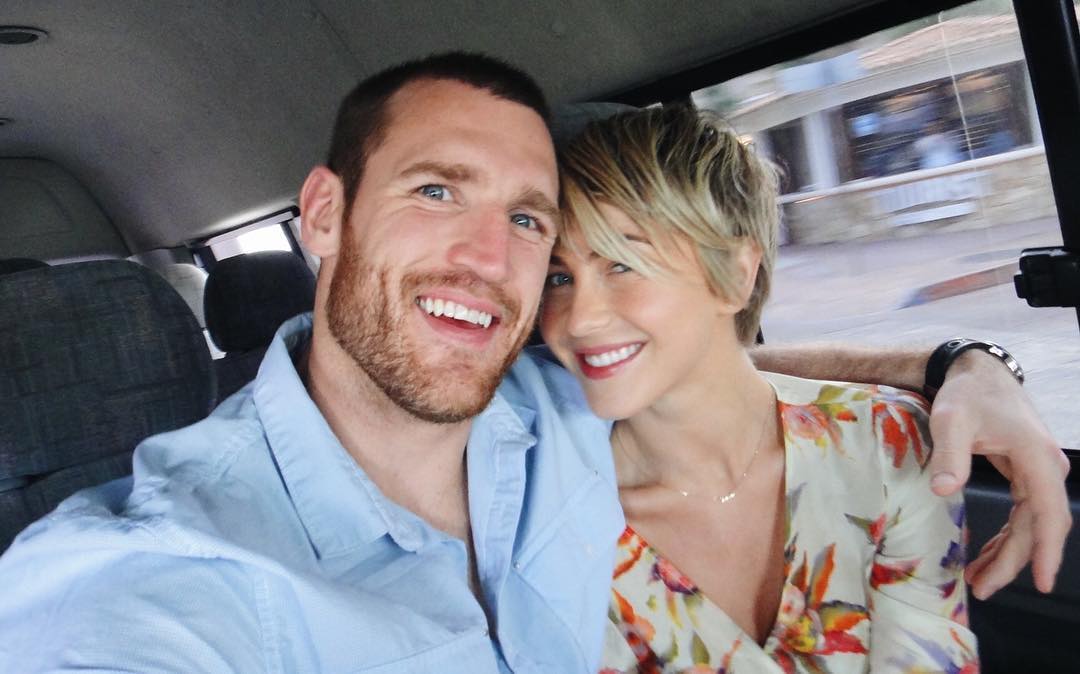 Julianne Hough and Brooks Laich is a well known and incredibly gorgeous couple who is almost three years after of their dating they exchanged vows. But in April 2020, the couple announced their separation and shocked their fans. After spending a lot of time apart throughout the coronavirus pandemic, dancer-actress Julianne Hough and former NHL player Brooks Laich have confirmed to People that they’ve officially separated due to their personal cause.

“They talk often but this is a very hard time,” the source added of the couple, who tied the knot near Coeur d’Alene, Idaho, in 2017, but have since faced split rumors. “They’ve been working on their marriage and being apart is not easy.”

“We have lovingly and carefully taken the time we have needed to arrive at our decision to separate,” they said in a joint statement on May 29. “We share an abundance of love and respect for one another and will continue to lead with our hearts from that place. We kindly request your compassion and respect for our privacy moving forward.” Hough and Laich have been married for three years.

As of May 2020, Julianne Hough and Brooks Laich’s marriage is over and the duo is now finally separated. They are going their separate ways. Couple also said:

“We have lovingly and carefully taken the time we have needed to arrive at our decision to separate,” they two said a joint statement to People, which broke the news. “We share an abundance of love and respect for one another and will continue to lead with our hearts from that place. We kindly request your compassion and respect for our privacy moving forward.”

In 2017, Julianne and Brooks exchanged vows and had been together since 2013. In the beginning, their relationship seemed perfect and later fans wondered if there was trouble in paradise after Julianne was spotted without her wedding ring on several occasions. The pair had also toned down in October 2019 when their personal lives were rocked by the sudden deaths of their pet dogs.

When the duo were married and enjoying their relationship before breakup:

Thank you to my love for always supporting the joy I get from hosting holidays! It’s my favorite thing in the world to bring people together and create memories!
Feeling very Blessed and Grateful today knowing that we all have the love of God pouring in to us. That we get to choose to live our lives fully free. To be our best selves instead of being imprisoned by our own fears and judgements. Whatever your beliefs are, I believe we all have the freedom to choose LOVE!

The duo often occasionally spotted together, including different places and in a KINRGY session as well. In April, the split speculation was spread and the followers learned Julianne and Brooks weren’t social distancing together amid the global coronavirus pandemic. A source told E! News the duo wanted to “work on this privately before making any final decisions.”

“They continue to spend time apart and are doing their own thing,” an insider told E! News in May. “They are still in contact and have not committed to any future decisions. They are happy doing it this way and will see what happens. Its working for them for now. They have so much love for one another and just want to make sure the other one is at their best and the happiest they can be. They are staying present and in the moment. This is the way it looks for right now.”

In April, Julianne was also spotted hanging out with Ben Barnes. Both Julianne, 31, and Brooks, 36, had publicly discussed the ebb and flow of married life before.

“I thought I had my life figured out and then Julianne walked into my life and completely changed it and I’m so grateful for that,” the How Men Think podcast host told E! News last summer. “We say this: We want to have the best f–king relationship ever. That’s what we say.”

Brooks added, “That being said, we need to work at that and by work, I mean commit. We feel very fortunate with the strength of our relationship and the present love we have in our life and we want that for everybody. We’re starting to open up about it more.”

On the other side, Julianne also open up about her sexuality revealed a different side of her to fans.

“I [told him], ‘You know I’m not straight, right?’ And he was like, ‘I’m sorry, what?’ I was like, ‘I’m not. But I choose to be with you,'” she recalled to Women’s Health about a conversation with Brooks. “I think there’s a safety with my husband now that I’m unpacking all of this, and there’s no fear of voicing things that I’ve been afraid to admit or that I’ve had shame or guilt about because of what I’ve been told or how I was raised. I’ve been de-layering all the survival tactics I’ve built up my whole life,” she said. “Now, I feel limitless.”

Later, Brooks also opens up about “exploring” his sexuality.

“I’ve shared this on this show many times, like, a big part of my journey in 2020 is exploring my sexuality,” he said during one of his podcast episodes. “And by that I don’t mean if I’m gay or straight, I mean like, in my sexual relationship what is my sexuality and what am I craving and what are my desires and what are my wife’s and how could we have this language to feed each other and get everything we want and be sexually expressed to the nth degree in everything?”