Fans think JT is pregnant in 2022 after Rihanna’s announcement 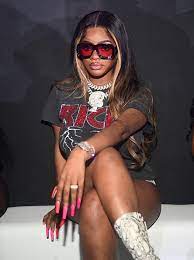 Rihanna and A$AP Rocky are expecting their first child together. Some fans on the internet are suggesting that JT, star of City Girls, will be giving birth in 2022.

JT is pregnant, according to many of her supporters. She has yet to speak about it, however. This isn’t the first time people have taken the liberty of speculating on JT’s pregnancy.

After false rumors went viral on social media, JT stated in a now-deleted Instagram post that she wasn’t expecting any kid. And now, after Rihanna declared her pregnancy, JT’s personal life has received considerable attention once more.

You can tell that these rumors are nothing more than fan speculation by scanning through tweets surrounding JT’s pregnancy. “JT on the PT radar lol” is one of the tweets you may see. That should be convincing enough for you to know that all of the pregnancy rumors about her have come from social media, not the singer or anybody else related to her.

A Look At Her Relationship With UZI Vert

In 2019, JT and Lil Uzi Vert began dating, and they both got each other’s names tattooed on their arms. They lavished one another with pricey presents while making public declarations about their relationship.

However, by August 2021, many individuals had noticed that they were no longer following one another on Instagram and had deleted all of their photographs together. The pair has remained silent since and hasn’t responded to the rumors.

After Rihanna and her boyfriend JT announced they were expecting their first child, certain fans have been eagerly anticipating JT to announce the same news. While some believe she is pregnant as reports state, others are hoping she gives birth soon.