When Did Johnny Depp And Kate Moss Date: Here’s What We Know 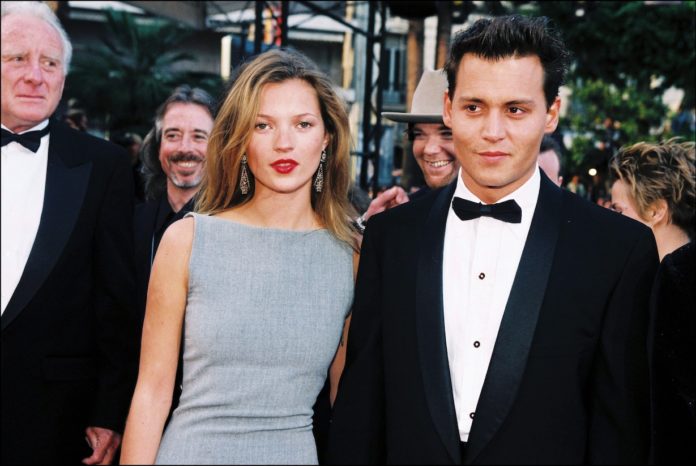 The case between Amber Heard and Johnny Depp is in the fourth week, which began on April 11th. As Depp and Heard testify more claims are coming to light. Since taking the stand, Amber Heard has made several allegations against former spouse Johnny Deppel, according to The Guardian.

This week, he mentioned allegations that Johnny Depp pushed ex-girlfriend Kate Moss down a flight of stairs in the 1990s. However, despite the fact that Depp has acknowledged trashing a hotel room in 1994, Moss has never alleged their relationship was abusive and there is no proof of the stair assault. When Did Johnny Depp And Kate Moss Date: Here’s What We Know.

When Did Johnny Depp And Kate Moss Date?

In 1994, English model Kate Moss, then 20, and Hollywood star Johnny Depp, who was 31 at the time, met at Cafe Tabac in New York’s trendy downtown area. According to People magazine, Kate said: “I knew as soon as we spoke that we were going to be together.”

Depp and Moss’ relationship went on to last three years and they were regarded as an iconic Nineties couple. In 2020, Page Six claimed Depp “was so smitten, he once presented with a diamond necklace stuffed between his butt cheeks”.

When it came to displaying their love for one another in public, John and Kate Moss were not bashful. According to George Wayne, the pair had an “unforgettable marriage” when he first introduced them.

However, in 1994, when he was with Vanessa Paradis, Johnny Depp was detained for trashing a room at the Mark Hotel in New York City. The hotel manager told The Robb Report that Depp had to pay $10,000 in damages.

“Depp claimed the damage was caused by an armadillo that emerged from the closet. The armadillo was never found, Witnesses claimed Moss was in the hotel room at the time of the assault, but he was “unharmed.”

Depp had a similar experience before his role as Raoul Duke in which he was kicked out of a New York hotel. Depp and Moss were staying at The Mark Hotel in New York that year, in a costly room that cost $1,200 per night, according to The Points Guy.

According to Page Six, a confrontation occurred, and it was loud enough that the authorities were called in to discover Moss and Depp in a trashed room after an alleged fight.

According to the police officer who responded, when he opened the door, Depp was calmly smoking a cigarette. The sight, however, was horrendous. “Glass was all over the place and furniture had been overturned and broken table legs were strewn about,” the officer recalls.

Depp said an enraged armadillo had been hiding in the closet and that his attempts to defend himself against it were to blame for the damage. An armadillo was never discovered, but Depp was charged with criminal mischief and faced a fine of nearly $9,000.