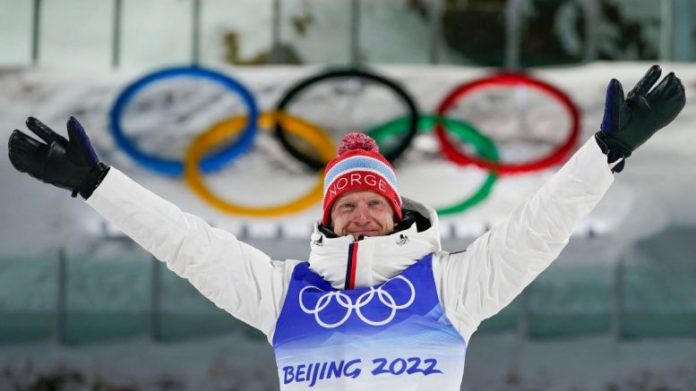 Johannes Thingnes Bø competes at the shooting range during the men’s 4×7.5 km relay event of the IBU Biathlon World Cup in Hochfilzen, Austria, on December 12, 2021. Johannes Thingnes Bø started training in biathlon, which involves cross-country skiing and shooting, in 2009. He would go on to win three Olympic medals and become the only Norwegian biathlete to claim gold at the Winter Games in 2018.

Johannes Thingnes Bø In Winter Olympics 2022

Beijing 2022 could be the 28-year-old athlete’s penultimate Winter Games, as he has plans to retire after Milano Cortina 2026, according to the Olympics website.

On day one of Beijing 2022, Bø was part of the Norwegian team that won gold in the biathlon mixed relay 4x6km.

Johannes Thingnes Bø Net Worth

Thingnes Bø is a Norwegian biathlete. He is recognized for his speed skiing, which was one of his most prominent talents early in his career.

Thingnes Bø’s shooting accuracy and ski speed have improved in recent years, allowing him to become the dominant biathlete in the World Cup men’s competition during the last three seasons.