Who is Jayce in LoL Arcane? Character & Voice Actor Explained 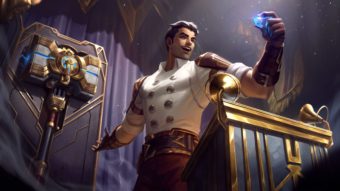 Jayce is a notable character in League of Legends Arcane. Here’s all you need to know. Arcane, set in the world of League of Legends is Riot Games’ first anime series. Netflix has six episodes of the first six episodes. We have seen many LoL Champions arrive in Arcane including Vi, Jinx and Ekko.

Vander dominates Act I with his strong hold on the undercity. But, the situation has changed since Vander’s death and Silco now controls the city. Jayce, on the other hand has made great strides in Piltover since he created Hextech together with Viktor. The question is: Who is Jayce in the League of Legends lore?

Who is Jayce in League of Legends?

In the universe of League of Legends, Jayce is the ultimate protector of Piltover. He has dedicated every inch of his strength to safeguarding the upper city. Interestingly, he flaxes a Hextech Hammer in his hands that he uses to bring down the enemies.

Jayce is like other members of The Council. He doesn’t care about money or attention. He just wants to make Hextech better. He is driven by the welfare of his people and will go to great lengths to achieve that goal. Jayce, however, is not like Viktor. He has a moral code he does not break.

Arcane shows Jayce’s determination to save his people, especially Viktor, who is gradually dying. Jayce doesn’t let The Council seat distract him from his goals. He wants to save people in both the upper and lower cities. Jayce, who has built the Hexgate with his knowledge, has begun eliminating corruption. He made many enemies along the way. Jayce has yet to fight with a Hextech Hammer on his hands. This teaser is Arcane Act 3.

Who is Jayce Voice Actor?

Besides Arcane, the actor is known for his incredible roles in multiple popular Tv shows, including Netflix’s Lucifer, CW’s Arrow, and many others.