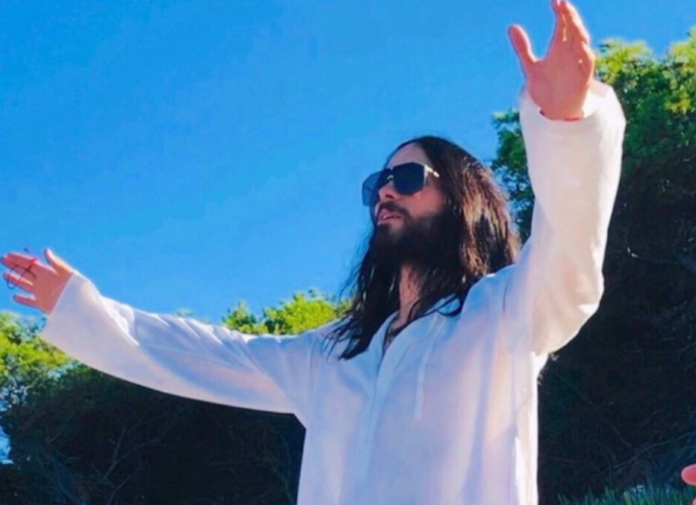 Jared Leto is a well-known musician and actor, and he has a large following over the years. He fronts the band Thirty Seconds to Mars as the lead vocalist. The Jared Leto cult has been making news for most of the year.

This follows reports that he started a religious group in Croatia. What’s more intriguing is that his followers are referred to as Echelon, not fans. So, what exactly is a Jared Leto cult? Is it real or just an urban legend? Jared Leto Cult: Wiki, Biography, Age, Brother, Mars Island.

It all began in 2019, when it was claimed that actor and singer Jared had established a real cult. However, after a journalist stated that he had such a large fan base in 2013, Jared clarified on the New York Times that his cult was merely a hoax. It looks like the musician took the situation seriously and began summer camps in 2015.

Who is Jared Leto?

Jared Leto is an award-winning singer and actor. He is recognized as The Joker in the 2016 film Suicide Squad, which was released to critical acclaim.

He’s also a well-known fashionista who has his own life-size decapitated head on display at the 2019 Met Gala, as well as being the front man for Thirty Seconds to Mars .

What is Mars Island?

The three-night, all-inclusive Mars Island Festival is a perfect way to unwind. You may relax and enjoy yoga in the trees, swim in the pool, look at the stars, see a midnight screening, and hear some intimate shows with 30 Seconds To Mars’ cult band.
Jared Leto Island retreat

In 2020, Jared Leto and his band Thirty Seconds to Mars launched what is known as a cult. The band invited the Echelon to a retreat in Croatia, where Leto was costumed in white robes.

Hundreds of their followers were brought to the venue for three days. Music, movie shows, and yoga lessons were all offered by the group.

The band shared photos of their leader leading hundreds of people who were all dressed in white. Jared Leto’s Jesus imitation was shown wearing an all-white costume in the photographs.

In September 2019, Camp Mars was held in Malibu, which was not a cheap gathering.

The cost of a two-night outdoor camping experience was $999 per person. The tent had to be carried by the ticket buyer.

Those who wanted their own area in the VIP section paid approximately $6,499. By the way, this isn’t the band’s first time using the phrase “This is a cult.” It has been used in their recordings and on their merchandise.

Leto and his crew have been attempting to mislead journalists by claiming they have a cult following for some time. So, it’s possible that the term “Let Venom” has a greater literal meaning than previously imagined.

Surprisingly, his die-hard fans are willing to spend a lot of money just to be on the same island as him. Jared has shown that his music, fashion, and films are not merely part of his celebrity persona; rather, they contribute to the meaning of Leto’s religion.

Shannon Leto is Jared’s older brother. In 1998, the two brothers formed the band Thirty Seconds to Mars as a side project.

Despite the fact that the group has experienced numerous changes throughout time, the two siblings have always been frontmen.

They recorded five albums in collaboration and embarked on a two-year trek that set the Guinness World Record for Most Shows Performed During an Album Cycle.

With a clear view of Jared Leto Cult, it’s fair to conclude that Jared has a large number of followers who appear to support the group. The world is still captivated by Jared.