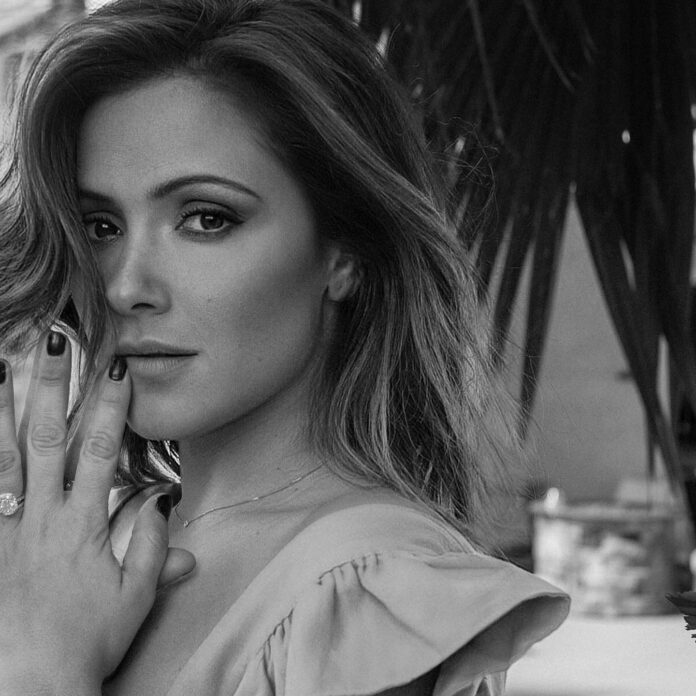 Italia Ricci is a popular Canadian-American actress. She graduated from Queen’s University in Canada. She rose to fame for starring as April Carver in the 2014–2015 ABC Family television series Chasing Life, and for playing White House Chief of Staff and Special Advisor Emily Rhodes in the television drama series Designated Survivor from 2016 to 2019. Italia Ricci Bio, Height, Weight, Boyfriend, Career, Facts.

Ricci began dating Canadian actor Robbie Amell in July 2008. They became engaged on August 19, 2014, and were married on October 15, 2016. Their first child, a son, was born in September 2019. Ricci and Amell both became United States citizens in January 2020.

Italia Ricci made her major acting debut in 2007. She began appearing in American productions with minor roles in How I Met Your Mother, House, and Greek, during 2009. She starred as April Carver in the ABC Family series Chasing Life, from 2014 to 2015.

In December 2015, Ricci joined the cast of Supergirl as Siobhan Smythe / Silver Banshee. Then, in September 2016, she joined ABC’s political drama Designated Survivor as Emily Rhodes. The show was renewed for a third season by Netflix which released on June 7, 2019; however it was not renewed for a fourth season by Netflix. Additionally, Ricci has appeared in films for the Hallmark Channel–such as Rome in Love and Love in Winterland.

Read Also: How Tall Is Zoë Kravitz: Check It Out