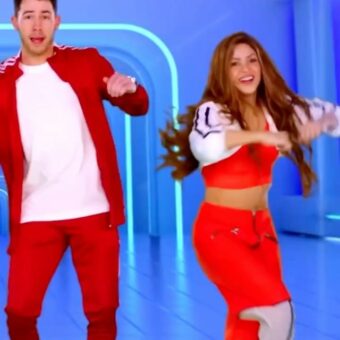 According to reports, a Spanish prosecutor is asking for an eight-year prison sentence for Shakira in a €14.5 million tax fraud case, however the rumor that she has been imprisoned is untrue. After a Spanish court filed charges against her, the Colombian singer and Hips Don’t Lie singer became newsworthy over tax scam allegations. Is Colombian Singer, Shakira In Jail: Tax Fraud Allegations.

Is Singer, Shakira In Jail?

Shakira is not in jail and has not been sentenced thus far. According to Sky News, if Shakira is convicted of tax fraud, a Spanish prosecutor will seek an eight-year prison sentence and a fine. The singer, who was born Shakira Isabel Mebarak Ripoll, is charged with failing to pay Spain’s government €14.5 million in taxes between 2012 and 2014.

If convicted, the court is set to impose a €24 million fine and a jail sentence. “The artist is completely certain of her innocence, so she will not accept a settlement,” the representative for Shakira previously said in a statement. At this time, no trial date has been scheduled.

Shakira has an estimated net worth of $300 million. At the age of ten, Shakira began to perform at neighborhood restaurants and cafés. Monica Ariza, a theatre producer, assisted in the launch of Shakira’s music career. In 1991, after signing a contract with Sony Music Entertainment, Shakira released her debut album. She is one of the world’s most renowned pop performers, having won several Grammys, Latin Grammys, and American Music Awards.

Her well-known songs, such as “Hips Don’t Lie,” have topped the charts for many years. Additionally, her success was amplified with the Spanish albums Fijación Oral, Vol. 1 (2005), Sale el Sol (2010), and El Dorado (2017), all of which topped the Billboard Top Latin Albums chart and were certified diamond (Latin) by the Recording Industry Association of America.

Her English recordings Oral Fixation Vol. 2 (2005), She Wolf (2009), and Shakira (2014) were all certified gold, platinum, or multi-platinum in different countries worldwide. Shakira is a Colombian singer, songwriter, and musician. She has sold more than 100 million records worldwide.

Some of her songs have topped the charts in several countries, including “La Tortura,” “Hips Don’t Lie,” “Beautiful Liar,” “Waka Waka (This Time for Africa)” among others. In 2013 and 2014, she was a coach on two seasons of American singing competition television series The Voice (2013–2014).

Last week, Shakira was photographed in Miami with her sons Milan, nine, and Sasha, seven, who she had with former partner and Spanish football star Gerard Pique. The pair confirmed their split to Metro. According to Metro, the singer is considering moving to Florida from Spain.