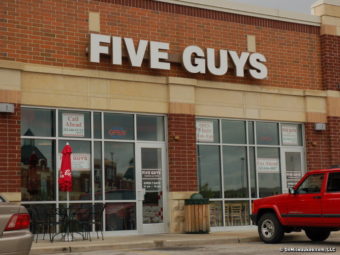 Is Five Guys closing in 2021? Twitter rumour explained: It is an American fast casual restaurant chain focused on hamburgers, hot dogs, and French fries, and headquartered in Lorton, Virginia, an unincorporated part of Fairfax County.

The first Five Guys restaurant opened in 1986 in Arlington County, Virginia, and by 2001, the chain had expanded to five locations throughout the Washington, D.C. metro area.

It’s a difficult moment for the foodservice industry with one-in-six restaurants shutting down in March. There has been speculation that the classic fast-food chain Five Guys could now join the other 100,000 restaurants that are that are closing But do you believe this?

Is Five Guys closing in 2021? The answer is simply no.

Moreover, the rumour seems to have started around the middle of December with some Twitter users posting about Five Guys closing in 2021.

Although Five Guys have sold 27 of its restaurants in Texas including the location at Southlake Town Square, there is no indication that they will shut down the franchise by 2021 or at any point in the near future.

Indeed, Five Guys recently announced the expansion of their beloved hamburger brand to the Australian market by 2021.

Like other chains, Five Guys has adapted its business model to the tough environment caused by covid-19. According on the website, the chain provides delivery services and kerbside pickups in lockdown areas.