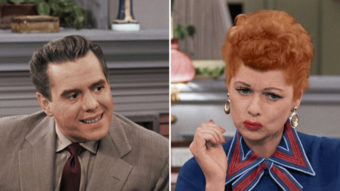 The I Love Lucy Christmas Special 2021 will include colorized vintage installments, and fans are clamoring for more. Many people want to know when and where they can see the 1950s series in full color.

I Love Lucy was a comedy that aired on CBS from 1951 to 1957 and consisted of 180 episodes. CBS is resurrecting the classics, but this time they’ll be in color. The comedy focuses on a housewife who wants to get into the entertainment business and her husband who tries to persuade her otherwise. Let’s see where and when you can watch I Love Lucy as the colorized specials become available this holiday season.

Where to watch I Love Lucy

This Christmas, CBS will air I Love Lucy: The Colorized Special. Alternatively, you may watch I Love Lucy on Amazon Prime or Hulu Plus, but the colorized versions are not yet available.

The program was originally produced in black and white, but CBS has given fans a Christmas present by releasing a colorized version. Since 2013, CBS has aired newly colorized installments of the program during the holiday season.

We’ll be able to catch The Christmas Episode, which depicts the Ricardo and Mertz families spending Christmas Day around the tree and talking about Lucy’s pregnancy. This episode originally aired on Christmas Eve 1956, when it was discovered by CBS in 1989. The original Christmas episode was black and white, but the channel has now colorized it and added a narrative to it. The previous episode, in which Lucy and her family go to Paris, aired on Friday (13 December). It is the second episode of the series. It originally aired in 1956 as Paris at Last. The episodes show Lucy running into swindlers and counterfeit money while visiting Paris with her family.

When to watch I Love Lucy this Christmas 2021

I Love Lucy will air on 20 December 2021 at 8 p.m. ET. Lucille Ball and Desi Arnaz star as Lucy and Ricky Ricardo, while Vivian Vance and William Frawley play Ethel and Fred Mertz, the Ricardos’ neighbors. The four are best friends who live together and handle life’s problems.

The couples’ landlords are Vance and Frawley, who instigate lots of fun for the group.

Lucille Ball and Desi Arnaz were married for 20 years before their divorce, according to their real-life relationship.

They spent six years as a co-starring on-screen couple on I Love Lucy and another spin-off, Lucy And Ricky Ricardo, over the course of their marriage. Lucille and Desi had two children: Lucie Arnaz, who later became a screenwriter, and Desi Arnaz III. The pair co-parented their children until Desi died in 1986. In 1989, Lucille passed away at the age of 51.